Ducati has unveiled the most powerful version of the Monster yet at the 2015 Frankfurt Motor Show. The Volkswagen-owned Italian bike manufacturer showcased the Monster 1200R which will sit at the top of the Monster range of naked street bikes. The bike is Ducati’s answer to the growing number of naked super bikes that have hit the roads in recent times. Ducati has spent a good 18 months on the bike’s development and has ensured the Monster 1200R feels at ease both out on the street, as well as the racetrack. Scroll down to read more about the new Ducati Monster 1200R. 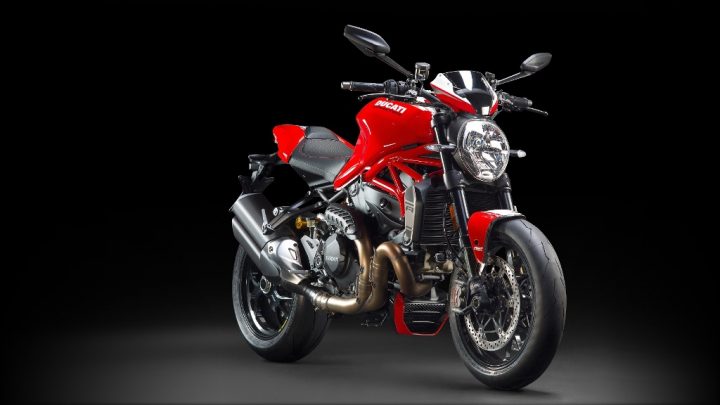 The main talking point here is the Twin Spark 1198 Testastretta 11° liquid-cooled 90-degree V-twin engine which puts out 160bhp, 15 more than the 1200S. The peak power stands at 160bhp @ 9250 rpm and peak torque of 131.5 Nm @ 7750 rpm. This extra power is achieved via a whole host of mechanical changes which include new pistons, new elliptical throttle bodies, a larger dia exhaust, new silencers, new inlet manifold and an increased compression ratio. 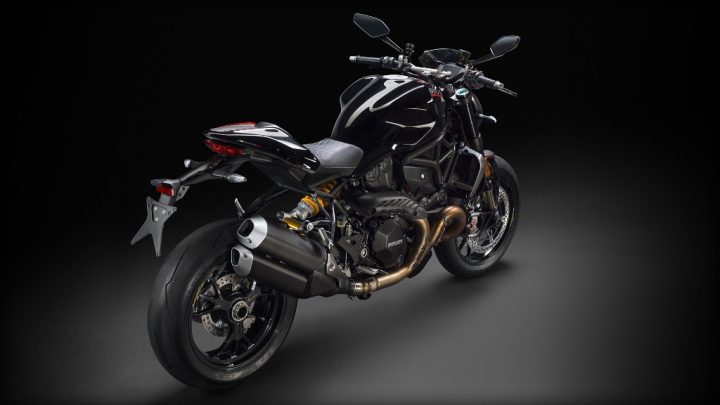 Mechanical changes are not limited to the engine as the Ducati Monster 1200R boasts of bigger brakes, new Ohlins suspension, a new steel trellis subframe, increased ground clearance and an adjustable steering damper. As part of the cosmetic upgrades, the latest version of the Monster gets a new tail section, new full colour readouts. Ducati has done away with the cast aluminium mounts for the pillion footrests much to the relief of riders. 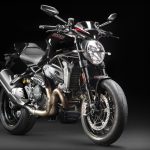 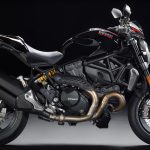 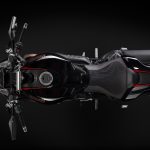 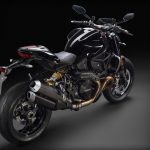 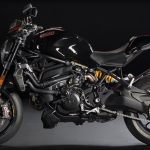 In order to enhance the Monster 1200R’s track worthiness, the bike comes shod with wheels similar to the 1299 Panigale and the same 200-section Pirelli SuperCorsa rear tyre. Braking duties are handled by Brembo M50 four-piston brake callipers with 330mm twin discs for the front tyres, while the rear gets a 245mm rear disc with twin-piston Brembo calliper. The latest 9MP ABS braking system from Bosch can also be found on this bike. 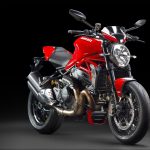 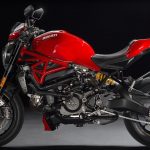 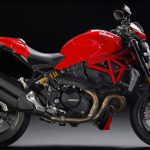 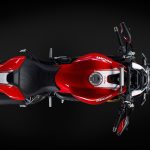 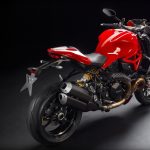 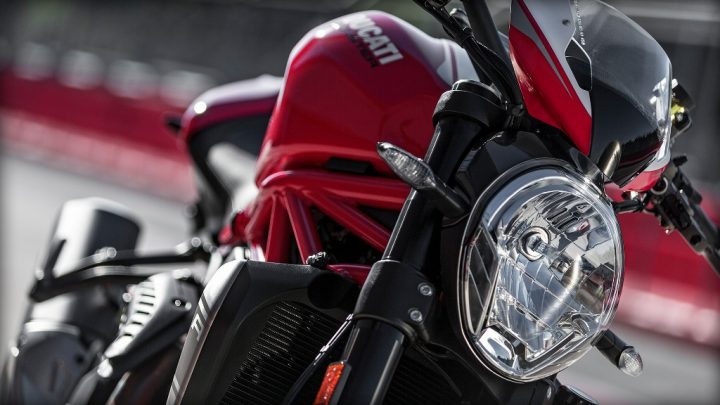 Stay tuned to RideTalks for more on the New Ducati Monster 1200R images, specifications and other details.