Italian bike major Ducati unveiled a slew of new models ahead of EICMA 2015 in Milan. Nine new bikes were unveiled at the Ducati World Premier, all of which will hit the roads in 2016. These include – Scrambler Flat Track Pro, Scrambler Sixty2, Multistrada 1200 Enduro, Multistrada 1200, Hypermotard 939, 939 SP and Hyperstrada 939, Panigale 959 and XDiavel. Here, in this post, we will give you a lowdown on all the new Ducati Bikes at EICMA 2015 with pictures, specifications and other details.

The Flat Track Pro is a tribute to the American flat track scene and features design elements like side number plates, tiny headlamp fairing and a flatter, fat handlebar. Also, onboard the Flat Track Pro, is a Termignoni exhaust system. It carries over the same specifications as the other Scrambler variants. This one is the smaller capacity cousin of the Scrambler series featuring a 399cc V-Twin air-cooled engine. The motor puts out 41 bhp and comes mated to a six-speed transmission. Colour options include – Ocean Grey, Chignon Black and Atomic Tangerine. The Ducati Scrambler Sixty2 will be priced at INR $6,900. 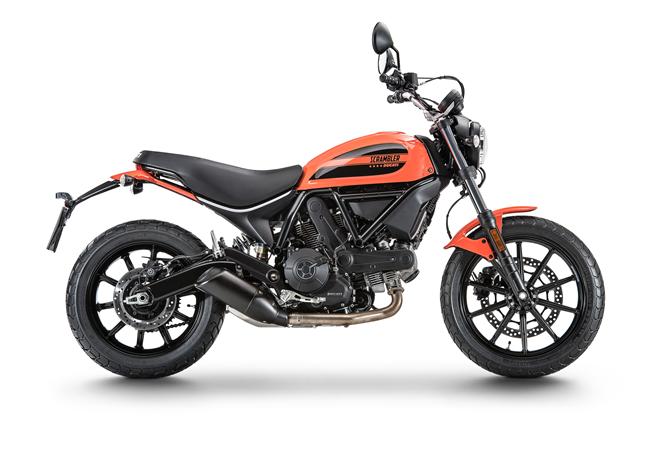 Also on display at the EICMA 2015 will be the Multistrada 1200 Enduro cross country tourer. It is a thoroughly reworked version of the Multistrada 1200 aimed at off roading. Powering the bike is a 1199cc L Twin engine which produces a peak power of 160 bhp @ 9500 rpm and peak torque of  100.3 lb/ft @ 7500 rpm. It features spoke wheels, cornering lights and cruise control and more. 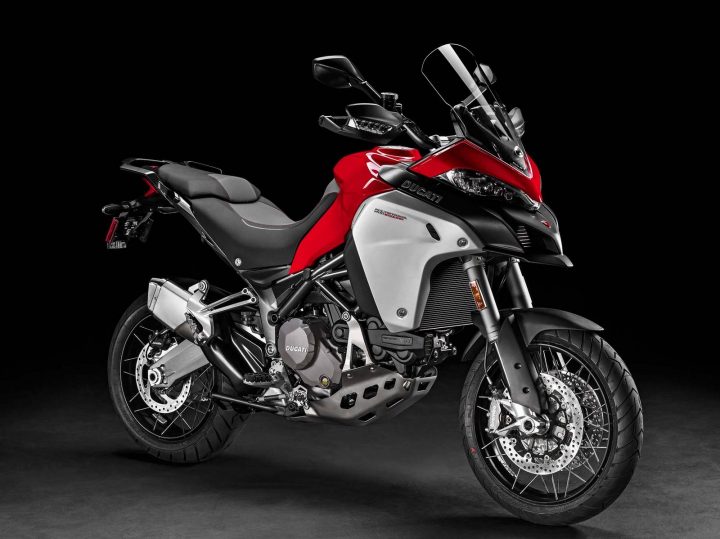 The Pikes Peak variant, named after the iconic hill climb competition in Colorado, comes with a slew of changes over the standard 1200. These include an Öhlins fork and Öhlins TTX36 shock (both mechanically adjustable), along with a carbon fiber Termignoni muffler and a low, carbon fiber windscreen. Red stitching on the seat and stripes on the 3-spoke wheels along with small carbon components sprinkled over the bike—the front fender, tank cover, and lateral front partitions, set the Multistrada 1200 Pikes Peak apart. The new Hypermotard range includes the standard Hypermotard 939, the sportier Hypermotard 939 and the touring-oriented Hyperstrada 939. All three bikes are powered by a 937cc V-Twin which produces 113 bhp and 9.98 kgm of torque.

This bike here is the successor to the Panigale 899. It gets a 955cc V-Twin mated to a 6-speed transmission. This motor puts out a peak power of 157 PS and peak torque of 107.3 Nm. The Panigale 959 takes visual inspiration from its bigger brother, the 1299, and also the 899, which it replaces. The 959 boasts of Ducati Quick Shift (DQS), Riding Mode technology with Ride-by-Wire, triple-stage Bosch ABS, Ducati Traction Control (DTC) and Engine Brake Control (EBC). 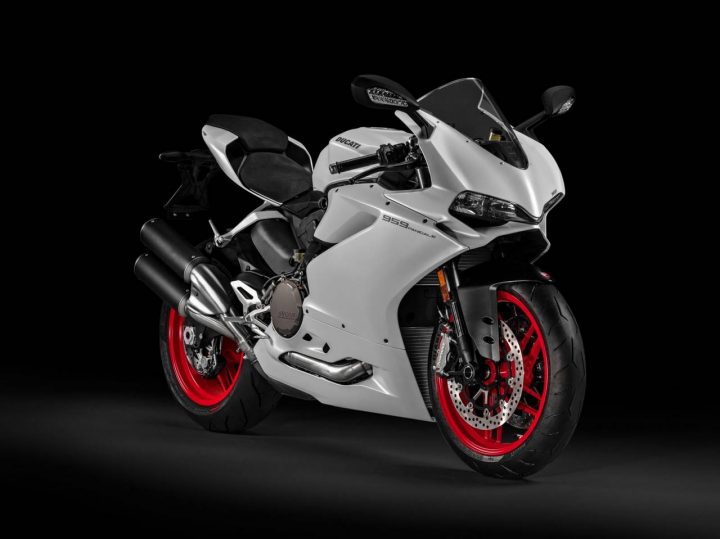 The final bike to be unveiled by Ducati was the Diavel Power Cruiser’s successor – the XDiavel. It features a 1262 cc engine which churns out 156 bhp and a peak torque of 95 lb/ft at as low as 5,000 rpm. Power is transmitted to the rear wheels via a belt drive. The XDiavel features 8 level Ducati Traction Control, 3 ride modes that include Sport, Touring and Urban and Bosch Cornering ABS, Cruise Control and Ducati Power Launch. The buyer can choose from four different footpeg positions, five different seats and three various handlebar options. The motorcycle is available in standard and S variants. 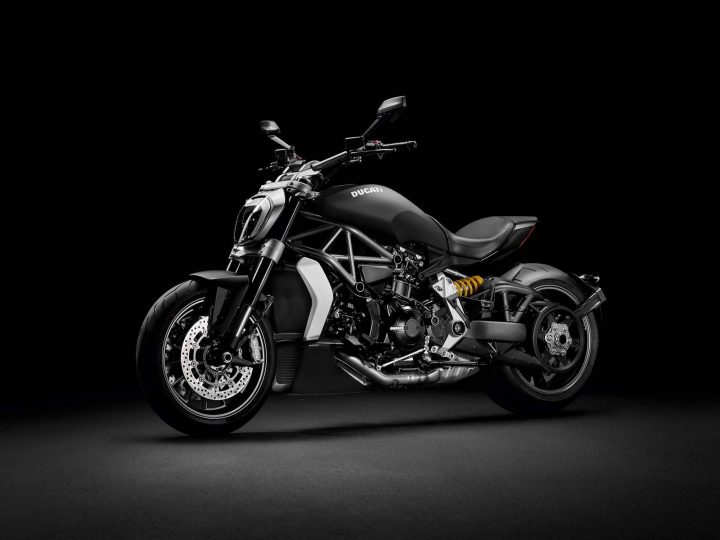 Stay tuned to Ride Talks for more from the EICMA and don’t forget to pen down your thoughts regarding the New Ducati bikes at EICMA 2015 in the comments section below.