The Yamaha R1 made its public debut at the 2014 edition of the EICMA, Milan. Exactly a year down the line, the Japanese bike maker has now taken the wraps off the street naked version of the R1, the MT-10. This mean looking motor is based on the same platform as the R1 and will take its place at the top of the MT series of street naked motorcycles by Yamaha. Along with the MT-10, Yamaha also took the revealed the MT-03. Here are all the the available new 2016 Yamaha MT-10 specifications, photos and other details. 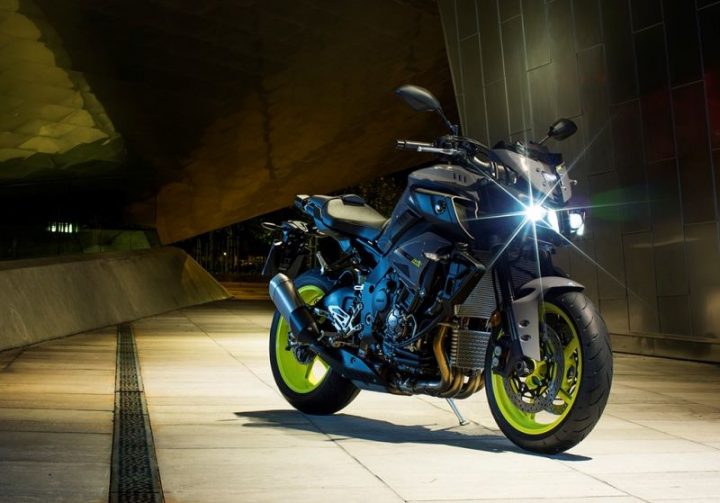 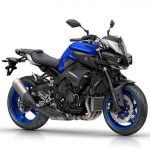 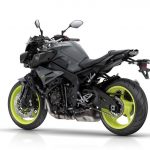 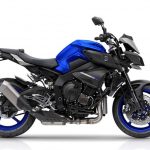 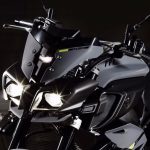 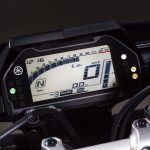 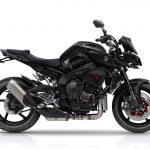 Powering the bike is a 998cc crossplane engine derived from the R1. It is expected to produce 165PS and 101Nm of torque. Suspension duties are handled by fully adjustable 43mm KYB inverted forks and an adjustable KYB monoshock at the rear.Two 320mm floating discs with 4-pot Nissin calipers comprise the front brake setup while at the rear there is a 220mm disc. ABS is a standard fitment on the Yamaha MT-10. 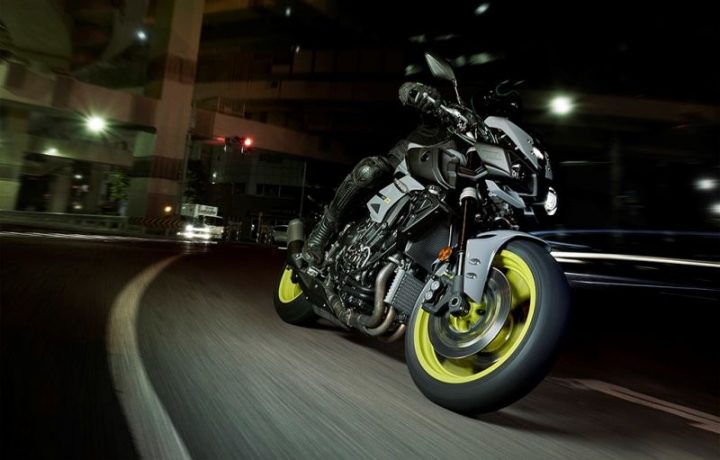 Other changes Yamaha has made to the MT-10 when compared with the R1 include newly designed intake, exhaust and fueling systems and steel connecting rods. he deltabox frame, swingarm, suspension and electronics package have been carried over from the MT-10’s fully faired superbike cousin. The bike comes with Yamaha’s D-Mode software that lets the rider switch between three driving modes. There is also cruise control and three-mode traction control. 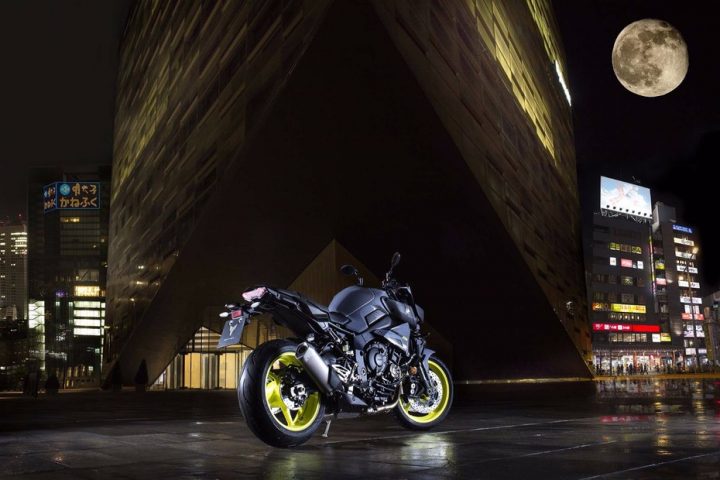 The MT-10 is undoubtedly one of the maddest looking production bikes we have seen from Yamaha or any other manufacturer for that matter. The overall styling is very dark and edgy as you will be hard pressed to find any bits of smooth surface. The front gets twin LED projector units which appear to have been borrowed from the R1, complimented by a single pilot lamp placed in the front cowl. Most of the bike and its components have been left exposed completing the StreetFighter look. 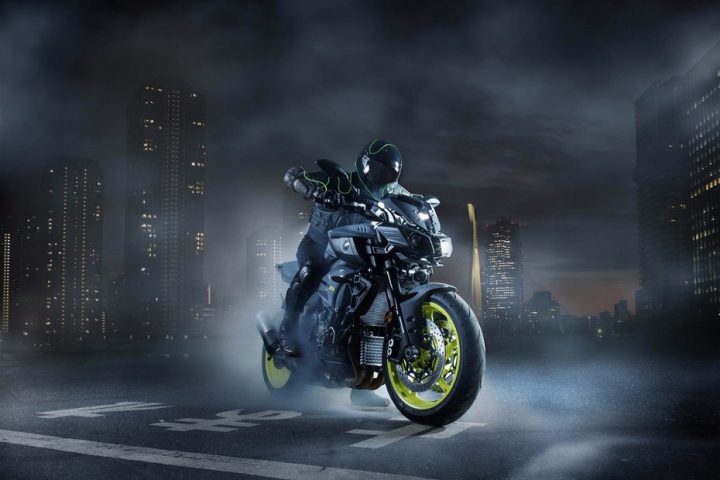 Stay tuned to Ride Talks for more coverage from the EICMA 2015 and all the latest updates about the 2016 Yamaha MT-10.