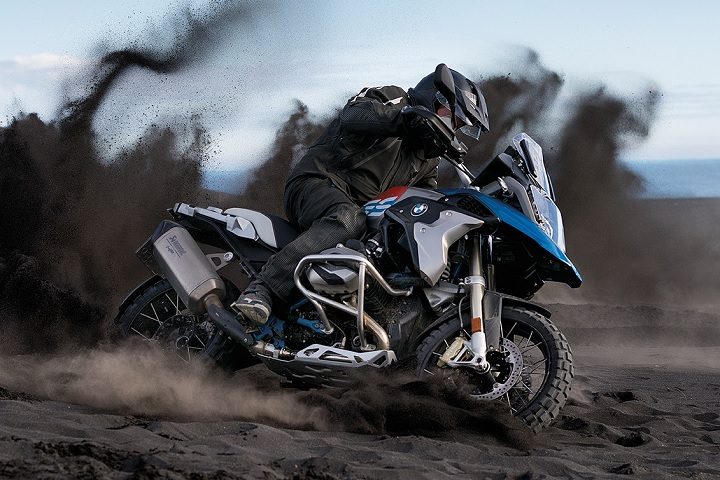 The recall issued by BMW Motorrad affects the bikes made between November 2013 and June 2017. BMW says that if the bike is subjected to momentary high stress, the fork stanchion can suffer damage. In the worst case scenario, the fork can become detached from the point where it meets the handlebar, leading to immediate and total front end failure. While no reports of such damage have surfaced yet, the bikes that have been used off-road extensively may have suffered damage. As a fix to this issue, BMW will retro-fit the fork with an additional fork tube bush to slide over the fork tube. However, in case the fork has suffered damage, the fork will be replaced with the modified parts.

BMW states that all new BMW R1200GS bikes will come with new front suspension fork. The bike comes with a 1170cc twin-cylinder boxer engine that makes 125BHP power and 125Nm torque. THis engine sports air/liquid cooling and fuel injection. The bike comes with a 6-speed gearbox that powers the rear wheels via a shaft drive. A 37mm Telelever fork handles suspension duties up front while a Paralever shock takes care of these duties out back. At the front, there are two 305mm discs with with two four-piston calipers. At the back, there is a single 276mm disc with one two-piston caliper. ABS is standard on the bike and it is capable of speeds in excess of 200kmph.

Also Read: All About the Manic BMW HP4 RACE

Among the standard features on the bike come height-adjustable rider seat, adjustable windscreen, a centre stand and luggage carrier. Also standard is an aluminium bash plate. The 2017 BMW R1200GS uses one key for ignition, steering, fuel cap and seat locks. There are grab handles on the bike for the pillion rider. Also offered as standard feature are adjustable brake and clutch levers. There is Automatic Stability Control on offer on the bike with Rain and Road riding modes.

In the end, since BMW has found a fix for the problem, you don’t need to worry as an owner of this bike. For all new buyers out there, this is still one of the most capable on-off-road bikes you can buy. So, do’t waste more time. Go, get it for yourself now and enjoy the freedom offered by a bike like the 2017 BMW R1200GS.