BMW unveiled the K1600B back in 2016 and the anticipation for the bike’s arrival kept building since then. Everyone wondered about the price of the bike. After all, being almost the same as the K1600 GT and GTL underneath, it attracted quite a few eyeballs by pulling off the bagger look nicely. What also helped it is its design which many said had a touch of America to it. So, with all that said, here’s all you need to know about the 2018 BMW K1600B price in USA, specifications and other details. 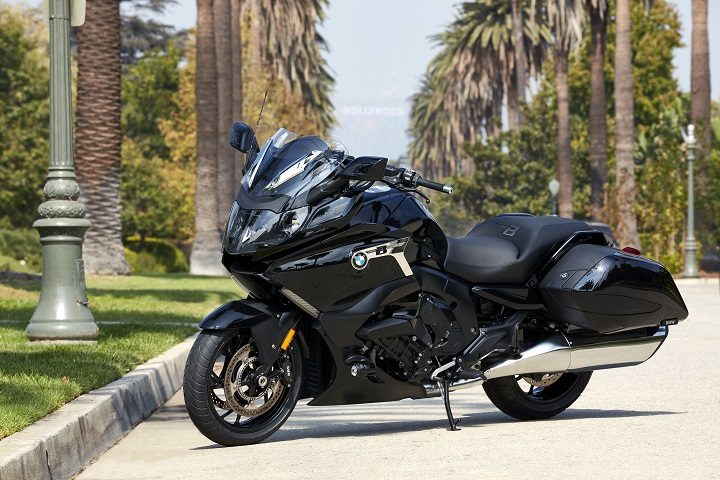 BMW has not yet revealed the launch date for this bike in USA. However, it did say that it will be a 2018 model year product. So, expecting its launch close to November 2017 will not be a bad idea. Till then, BMW can keep hyping this product up and release more details to keep the buzz around the bike at an all-time high.

BMW has announced that 2018 BMW K1600B’s price will start from $19,995 (MSRP). An additional $495 destination fee will also be charged, taking the price up to $20,490. When you throw in some options on the bike, the price will go up still. However, how many baggers can you recall that come with a six-cylinder engine? 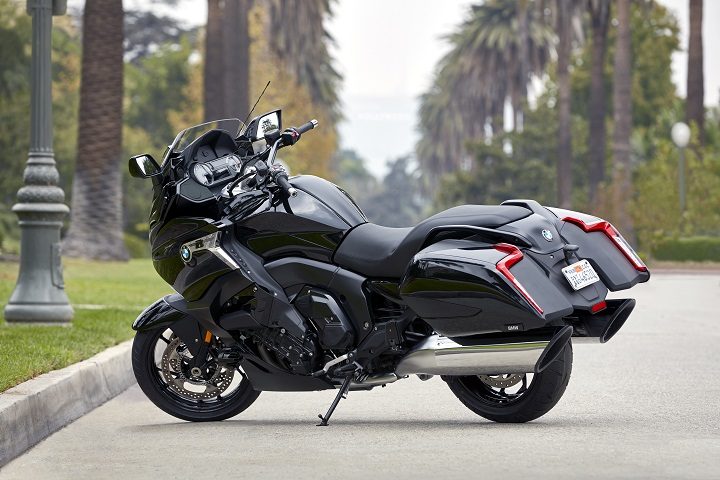 The 2018 BMW K1600B will have a 1649cc inline six-cylinder engine that has fuel injection and liquid-cooling. This engine belts out max power of 160HP @ 7759rpm and 175Nm (129 lb ft) torque @ 5250rpm. It utilises a 6-speed gearbox that send power to the rear wheel via a shaft drive. The front is suspended by BMW’s Duolever unit while the rear has BMW’s Paralever unit. However, in comparison to K1600GT and K1600GTL, the rear of the bike has been lowered. The bike has dual 320mm discs with two 4-piston calipers up front and one 320mm disc with one 2-piston caliper at the back for braking duties. ABS is standard offering on the bike. It is capable of speeds in excess of 200kmph and its fuel consumption is likely to be close to 45mpg.

Standard offerings on the 2018 BMW K1600B include three riding modes, traction control, cornering ABS, heated seats and hand grips, power-adjustable windshield, cruise control and electronic suspension with two modes. For a premium, you can equip the bike with a quickshifter, Reverse Assist, Hill Start Control, adaptive headlights and flooboards. BMW also offers three add-on packages with the bike – safety, comfort and touring package. These come with their own set of optional equipment combinations.