Suzuki has unveiled the much discussed Suzuki GSX concept at the ongoing Tokyo Motor Show 2015.This design study, which premieres in the form of a sculpture, is a smooth and aerodynamic clay model that previews the upcoming generation of Suzuki GSX bikes, chiefly the Hayabusa. Suzuki has said that its upcoming concept “symbolizes the high-performance bikes that bear the GSX name. It gives form to Suzuki’s inline-four sportbike-making spirit and evokes a cocoon from which the company’s future sportbike models will be born.” It is being said that the next generation Hayabusa, which will be available in GSX-R1000 and GSX-S1000 versions, would borrow many design cues from this concept. Read on to know about the new Suzuki GSX Concept – 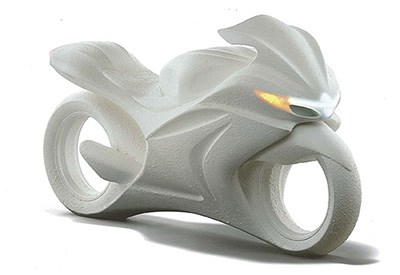 As we just said, the new GSX Concept will lend several design cues to the upcoming versions of Hayabusa – the GSX-R1000 and the GSX-S1000. Suzuki has said that the GSX concept is “a concept object that encapsulates the potential of the GSX series” and “is the birthplace of new sportsbikes to come from Suzuki.”The highlights of the GSX design concept are -a tall windscreen, a bulbous fuel tank, a wide tail and a rather stubby end-can.The all-new Suzuki GSX-R1000 is most likely to make its global debut at the EICMA, Milan in a couple of months and a modern replacement for the Hayabusa could very well take the fight straight to the very lethal Kawasaki H2 twins. It maybe noted that the Hayabusa has been long-rivaled by the equally competent ZX14R and the arrival of the next generation Hayabusa is sure to reignite the long standing battle between the two renowned Japanese performance bikes manufacturers. The upcoming GSX-series of models are very likely to be powered by new-age in-line four bangers. Suzuki has already filed patents for turbocharged hybrid tech. on litre class engines and safely expect this system to debut on the upcoming duo. This new-age technology comprises of two Motor Generator Units (MGU) that bump up the power without having a negative impact on the fuel efficiency. 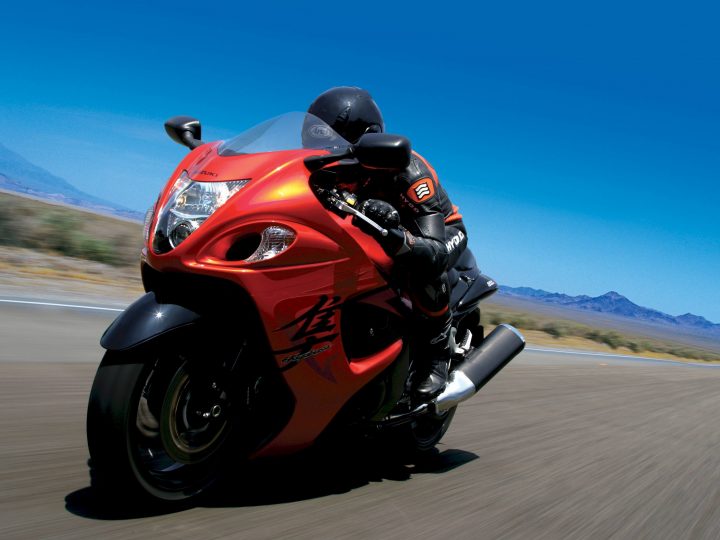 The Hayabusa is at the fag-end of its lifecycle

Stay tuned to RideTalks for more on the new Suzuki GSX Concept and the next generation Hayabusa.