Italian Automaker Ducati unveiled the 2015 Hypermotard SP at World Ducati Week 2014 held at Misano World Circuit.  The bike was launched at the hands of 3 time SBK World Champion Troy Bayliss and 2011 SBK World Champion Carlos Checa.  This Bike is priced at USD 14995 and will be available in European Dealerships from this September with new Sportier Color Schemes.  Initially it was launched in a red/white livery color tone inspired by Ducati Corse. 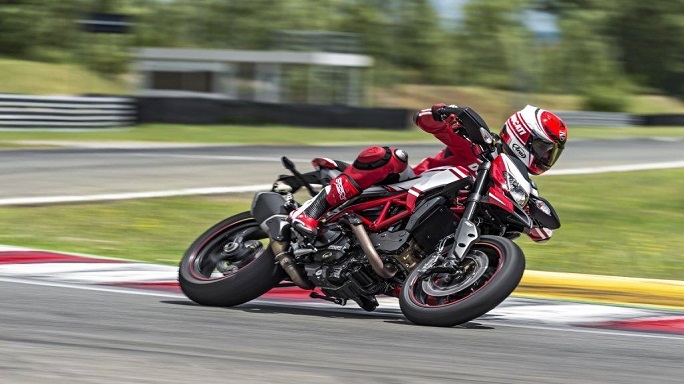 Ducati 2015 Hypermotrad SP is a light weight bike and weighs around 171 kg, the bike has 3 spoke forged aluminum wheels to keep the weight down. It is powered by 821cc motor cased in iconic tabular trellis frame and churns out 111PS at 9250 rpm with torque figures of 89Nm at 7500rpm.  Hypermotrad SP adopts similar multi-map architecture as found on the Panigale S and supports three riding modes Sport, Wet and Race biking modes 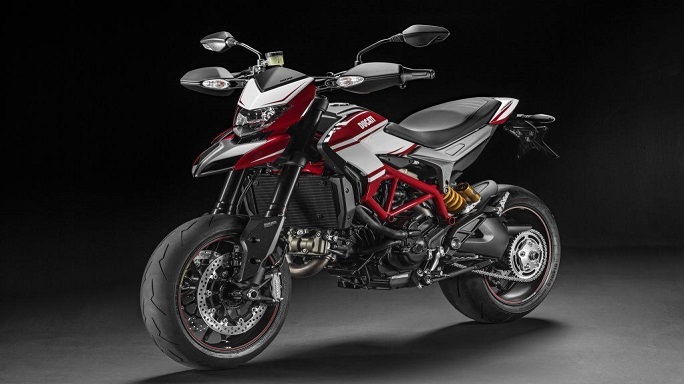 Suspension travel has been increased drastically to help bikers achieve better leaner angles of 47.5 degrees and is a bliss for the riders who love to bike on rough terrains like mountains. Suspension duties are handled by Marzocchi  upside-down 50 mm front fork, as for the rear, the 2015 Hypermotard SP will come equipped with a fully adjustable Ohlins monoshock with built in gas tank, giving  a rear wheel travel of 175 mm.  The Marchesini three-spoke forged aluminum wheels used to reduce weight are wrapped in Pirelli Diablo Supercorsa SP rubber tyres with 120/70 x R17 at front and 180/55 x R17 at rear.  Stopping power is provided by twin 320mm semi-floating discs at front and 245 mm discs at the back. 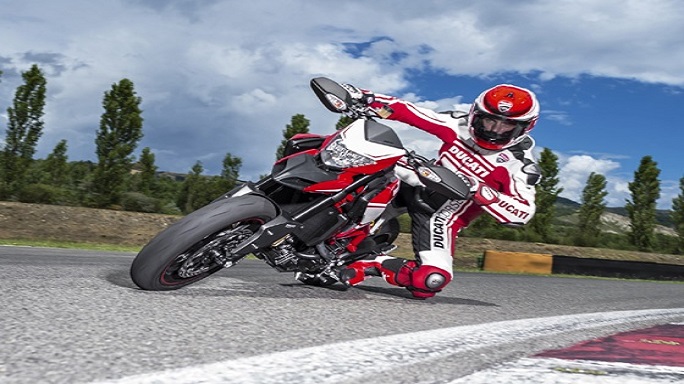 Till the Italian Superbike is available at European dealerships , it has surely created a buzz in the biking world.