That the Austrian bike manufacturer KTM has been busy readying an entire range of all-new middleweight V-twins is something that hasn’t been among the best concealed of the secrets. These upcoming KTM middleweight V-Twins will be seen filling the biggest of the voids in the bike maker’s on-road model portfolio. Even Stefan Pierer, CEO of the famed Austrian bike manufacturer, hinted that his company has been busy with the development of the new middleweights. This revelation of sorts happened at the last fall’s EICMA show in Milan. In the several European markets that it is present in, the Austrian company’s range of on-road offerings include 125cc single-cylinder bikes such as the RC 125/125 Duke on one hand and very powerful duo of 1301cc Super Duke R and new the 2015 Super Adventure on the other hand. Also, the manufacturer has the 200cc and 373cc Duke and RC 390 line up for markets like that of India. Currently, the only middleweights in the manufacturer’s product portfolio are the 690cc-powered 690 Duke and 690 Enduro. 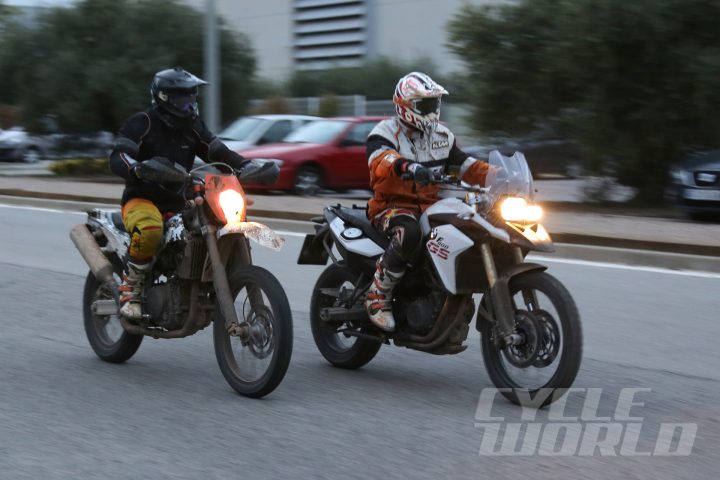 Stefan Pierer has so far hinted that KTM could be working on at least a couple of V-twins that are likely to be positioned in the 600cc-800cc category. Basically, what this means that the upcoming range of KTM middleweight V-Twins could enable the manufacturer to take on the fight straight to BMW’s 800cc parallel twins (products in the GS, GT range), Kawasaki 649cc Versys and Ninja parallel-twins, Triumph 675cc and 800cc triples (Read: Tiger, Daytona, Street Triple) and Yamaha FZ-07 and FZ-09.

The upcoming KTM middleweight V-twins will not just strengthen KTM’s model line-up but will also help with the development of some of the upcoming Husqvarna products. However, Jon-Erik Burleson, President of KTM North America, has already said that the resurgent Huskies will be quick to start distinguishing themselves from their KTM cousins. “It will really become clear what our vision is for the Husqvarna brand,” said Burleson. “It will be a real dedicated product line that has a very strong connection with heritage and premium innovation.”

Bikes like the 701 Supermotor from Husqvarna make use of an existing engine platform, but an all-new middleweight should lead to many more permutations and combinations. Stay tuned to RideTalks for more news on the upcoming KTM middleweight V-Twins, Meanwhile, you can also have a look at the spy pics on this page to visualize what the KTM 690 Enduro would look like alongside the BMW F800GS.