Recent spy shots have revealed that Triumph is developing the next-generation Scrambler. Based on the new Street-Twin, the new Scrambler will share quite a few bits including the engine with the new Street Twin that was launched late last year. We do not have any information regarding the launch of the new Triumph Scrambler, but we’re certain it is still several months away. However, since the current model is not Euro4 compliant and lacks ABS it cannot remain on sale 2017 onwards, which means the new Scrambler could arrive before the end of 2016. Here are all the available details regarding the New Triumph Scrambler Specifications, Price, Release Date and more. 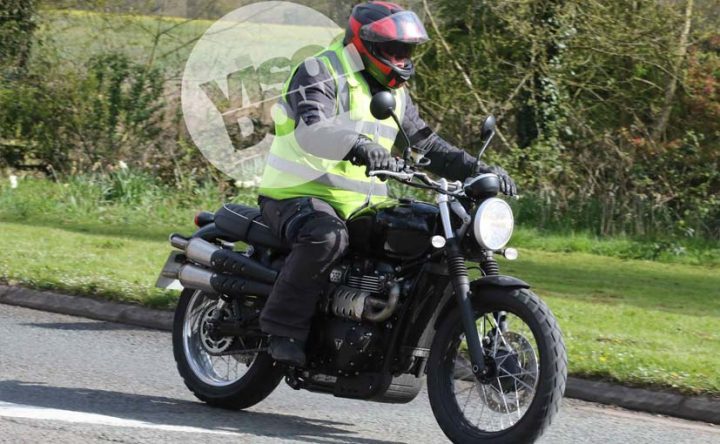 It will be powered by the same 900 cc liquid cooled parallel twin engine that powers the Street Twin. That means it will churn out around 55 HP @ 5,900 rpm and a peak torque of 59 lb-ft @ 3,230 rpm. In comparison with the current Scrambler, power output is down by 4 HP, but there is around 9 lb-ft more torque, which peaks at a lower rpm making the new Scrambler punchier. The new Triumph Scrambler will come with ABS and will be Euro4 compliant in order to meet the stricter regulations that will come into effect 2017 onwards.

Although the pictures here are of a pre-production prototype, they still showcase the essential design elements that classify this bike as a Scrambler. The highlights here are the high-mounted exhaust pipes, wire wheels, and knobbly tires. The Street Twin, in comparison, gets alloys and an exhaust pipe that is placed lower. Interestingly, Triumph already sells a Scrambler Inspiration Kit for the Street Twin. It gets a single high-mounted exhaust on the right side of the bike, but does without a catalytic converter. There are alloys instead of spoke wheels and a thin flat seat. 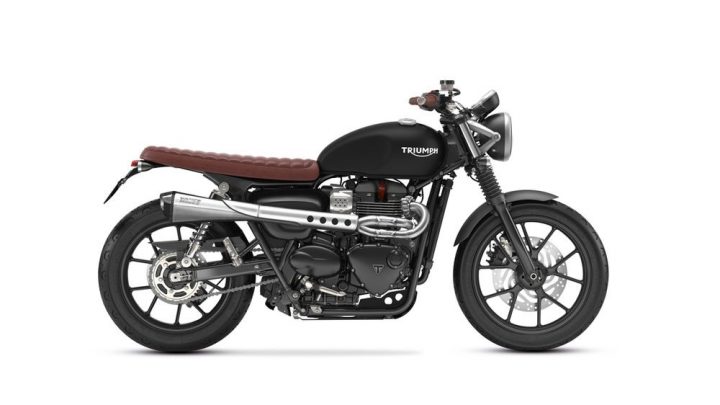