The current range of low-capacity Duke street-nakeds have been pretty successful in vitalizing the sales performance of the Austrian bike manufacturer. The 373cc 390 Duke, along with smaller capacity 125 and 200 Duke, has not only helped its company to become Europe’s biggest bike manufacturer, but has also helped KTM reach to a larger audience by entering new and developing markets like that of India. There’s no denying that the very capable 390 Duke has been an almost stunning success for KTM-Sportmotorcycle AG. And now, these new spy shots that have surfaced on the web world reveal that KTM has been busy readying an updated 390 Duke to further improve an already excellent package. The 2017 KTM 390 Duke will be released late this year, with the launch expected by mid-2017. The refreshed 390 could debut alongside a mid-capacity sibling that could be powered by a new 800cc parallel twin. Read on for more details on the 2017 KTM 390 Duke Release Date, Specifications, et al. 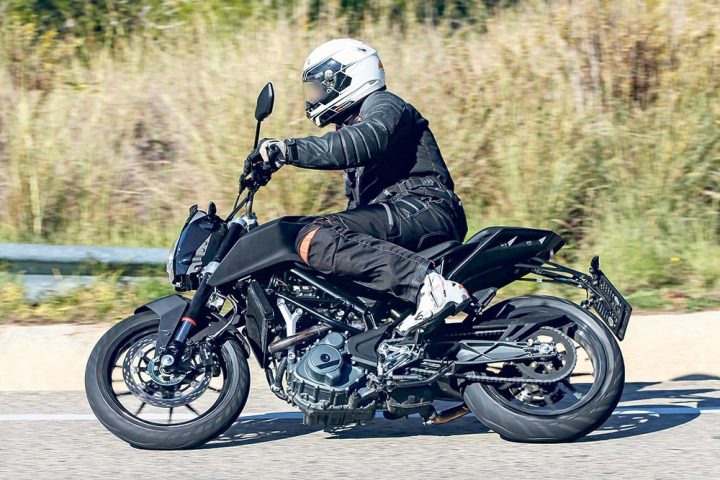 As can be seen in the images here, the 2017 390 Duke will sporty a handful visual changes. These include – a new fuel tank, re-shaped side panels, new seat and an updated tail light. However, in all probability, the 2017 390 Duke will carry a host of engine updates to meet the new Euro 4 emission norms. Worth mentioning here is that so far KTM has remained tight-lipped about the updates for the 390 Duke. However, speculations are rife that the bike will be more powerful and will go on sale around mid-2017. That said, the 2017 KTM 390 Duke release date will fall in the last quarter of 2016. 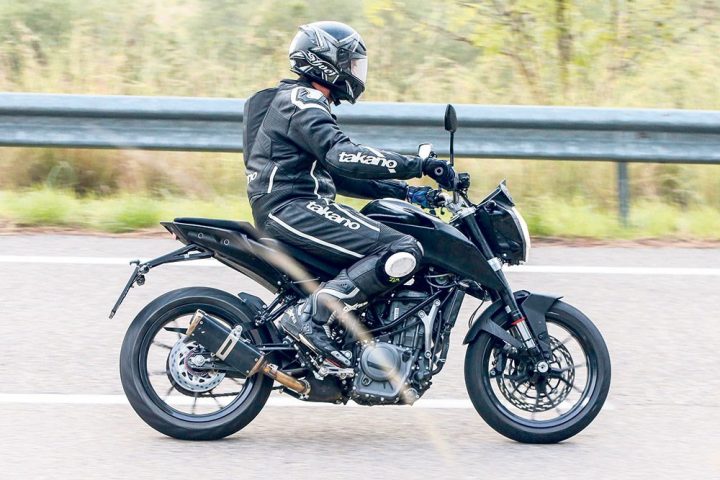 That the famous Austrian bike maker has been busy readying an updated 390 Duke doesn’t come across as a surprise. Firstly, the 390 will have to soon meet new Euro 4 regulations to be road worthy. Also, the 390 Duke is already 3-years old in the market and hence, a mid-life facelift can work wonders to keep this product competitive.

Currently, the Duke 390’s 373cc single-cylinder, liquid-cooled, fuel-injected engine pumps out a max. power of 43 BHP. However, you can safely expect this figure to see a marginal increase due to the engine updates that the refreshed 390 Duke will carry. Also, we expect the upcoming bike to benefit from a more efficient fuel delivery due to a new engine management system. It is being said that the 2017 KTM 390 Duke could also benefit from a second balancer shaft for its cylinder head. The second balancer shaft will increase the refinement levels of the engine. Here’s the specification table of the current bike –