KTM is all over the globe. From launching its products for India to Philippines and now North America. KTM North America has just announced the arrival of the KTM Duke 690 in the American markets. It returns to the U.S.after a short period of absence but it was quite a favourite in the motor-biking community back then when it was launched first in 2009. KTM is not disclosing the dollars it would cost , but is believed to be priced competitively in line with the rest of the products in their portfolio.

The US model is expected to have a similar specification as its European version and the bike is expected to be revamped completely from its last iteration in 2009. The heart of the 2013 KTM 690 Duke is a 690cc LC4 single-cylinder engine that puts out a difficult to tame 67 BHP, 69 Nm of torque and it manages to weigh just 330 pounds without the fuel which makes it a howler on city roads and highways wouldn’t be left behind as well. 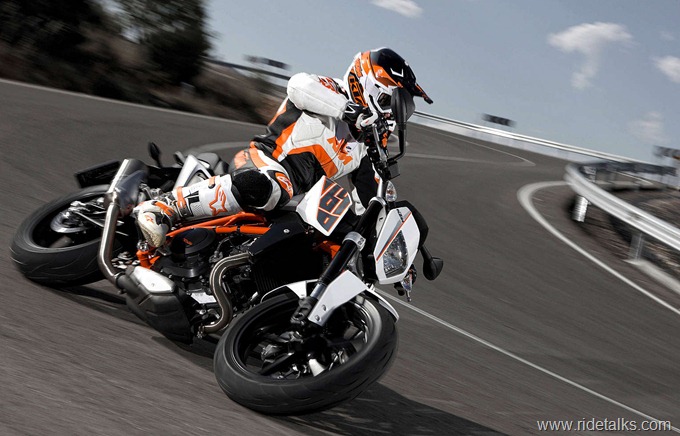 Coming to the changes in its engine, LC4 single-cylinder motor has been further refined by KTM as they’ve created an altogether new cylinder head coupled with an all new a dual-ignition system & ride-by-wire throttle for the Duke 690. These might look just words in a sentence but have performance and power redefined written all over them in a finer print. ABS which is about to get mandatory in Europe, has also been added on the U.S. version and Bosch will be fitting the bikes with their Bosch 9M+ ABS package. 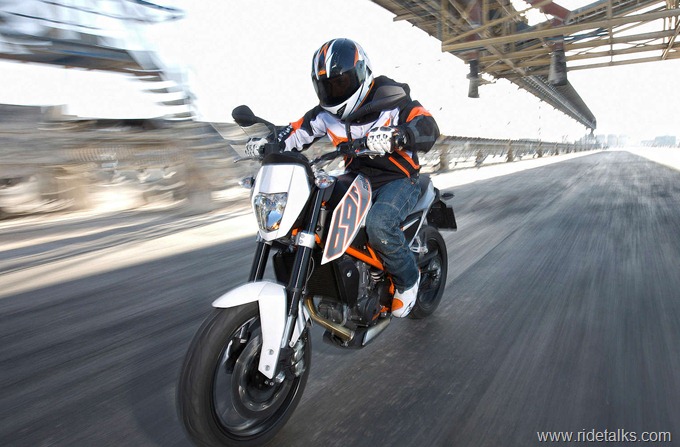 Now that we know how fast it goes, let us talk about the way it stops. Bringing the racing street fighter to a halt are Brembo radially-mounted caliper with a single 320mm brake disc, while suspension is supplied by KTM subsidiary WP, which has a full adjustable rear shock along with the fully-adjustable 43 mm front forks. The Americans are in for a treat but as long as we are talking about the Duke and Americans being treated well, KTM Duke 690 R which was recently unveiled might also come their way but that’s just pushing it too much. KTM has some real aggressive plans up its sleeve. Way to go KTM. 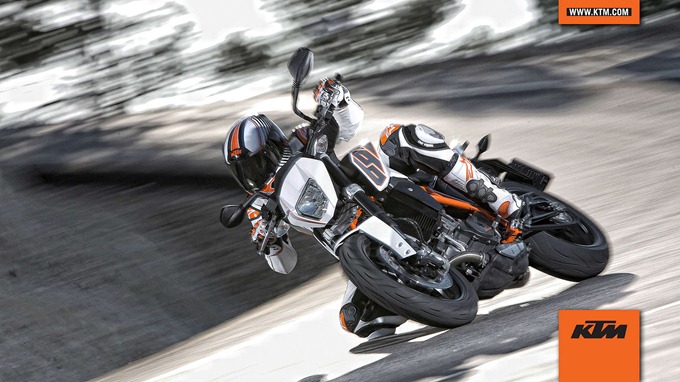 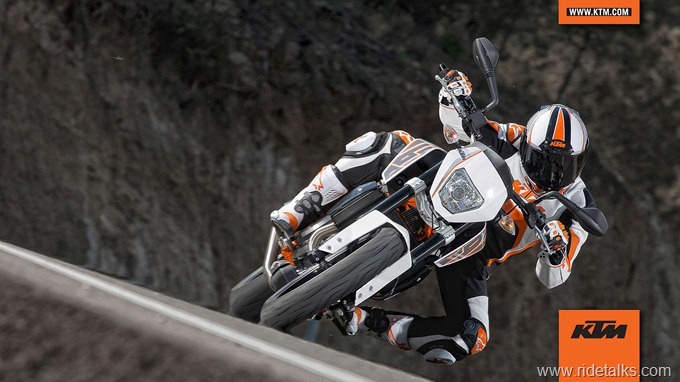