KTM has announced its future plans and it looks quite aggressive in their approach. It targets India and European as its prime markets and is expanding its reach in different countries quite steadily. Now, KTM has launched their volume garnering street fighter KTM Duke 200 in Philippines at a price of 195,000 Philippine Pesos. It will be exported from the company’s facility in India and such are the duties in Philippines, the street fighter costs double of what it costs in India.

The Duke 200 has a 200cc liquid cooled engine featuring a four valve-DOHC head. The engine gives out a race ready 25 BHP-19.5 NM which make the bike a hoot to drive on city roads. The engine is mated to a 6 speed gearbox with shorter gear ratios for quick power delivery and comes with an exhaust note quite specific to the KTM motorcycles. The bike weighs a mere 136 Kgs which make to Power to Weight ratio on the higher side contributing to the performance in a big manner. 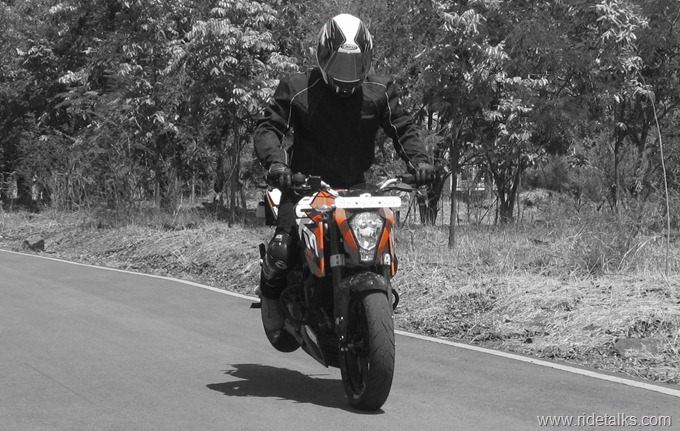 The bike was first launched in their trademark colour-black and orange but the increasing demand forced the company to launch two more colours-white and black. The race-line stickers further add to the streetfighter’s race ready appeal. KTM Philippines claims that it has quite low levels of fuel consumption and KTM claims that it is the ideal bike for quick city runs or be it the long distance rides. 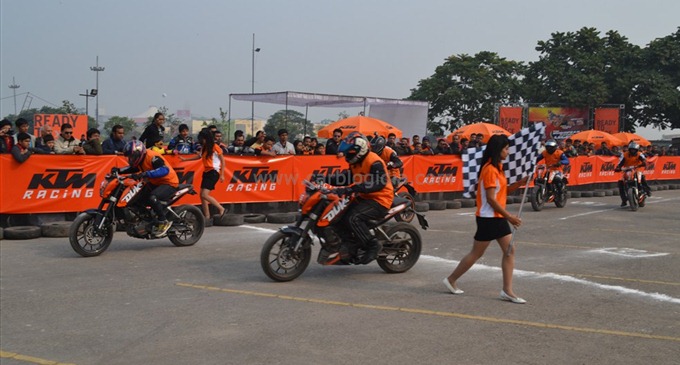 “High performance and superior hardware made affordable is value we offer that no other product can compete with, A naked bike is highly customizable; performance hardware can be added to enhance the already premium features. We expect the modern Filipino man to balance function and convenience. The wise consumer asks for it, so we create the perfect formula.”

this is what the KTM Philippines chief executive Toti Alberto had to say on the launch of the bike. The introductory price is P195,000 but you better buy it before they decide to hike it.