ABS or the Anti-Lock Braking system is not a new feature for your cars but it is still offered as on optional fitment on lower end models of cars and as standard on top end variants. But it is still in its nascent stage when it comes to the bikes. It is generally offered as an optional model too or sometimes in the standard models on bikes having an Engine capacity north of 200cc. Most people don’t buy the ones with ABS just because that model is somewhat pricier than the standard model.
European Union , however is set to change this come 2016. The EU has voted in favour of making ABS mandatory for motorcycles from 125 cc onwards which is basically the moped class and you can buy a 125 cc bike at the age of 16 and KTM Duke is the segment leader in the moped class. 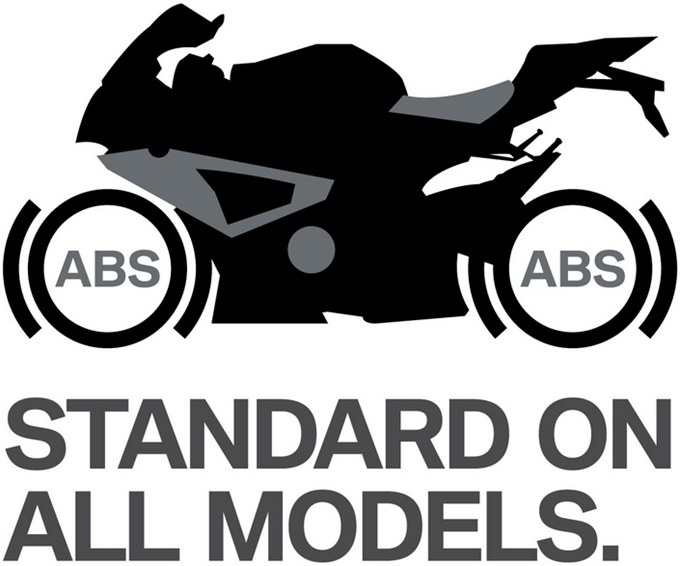 Once this rule comes into play, almost every motorbike, other than the moped class available in countries under the EU shall have ABS as standard equipment. The voting was lets say, a landslide when it came to having the votes in ABS’s favour. It had 643 in favour, 16 against and 18 abstentions. Finally the efforts of all the ministers and companies who have been lobbying for its introduction have paid off.The rules are still up for approval by the Council of Ministers with the probability of the United Kingdom voting against it defending the fact that it would lead to disproportionate increase in costs of implementation.

Below is a demonstration of ABS on motorcycle:

The members of the EU parliament were in favour of making the ABS fitment compulsory on all motorcycles , even the moped class but took back this decision after the motorcycle manufacturers brought to notice that it would have increased the cost of a 125 cc motorcycle by 20-25 percent as an ABS fitment costs somewhere in the range of £300-500. As a result , the moped class sales would have dipped like anything and the industry certainly did not want that.

If you really believe that your safety and prevention of accidents are the reasons behind this, you my friend are gravely wrong. The ABS manufacturing companies have forecasted a huge increase in profits once the rule comes in as everybody who is going to buy a bike over 125 cc will have to buy the one with ABS. They have been lobbying in its favour for quite some time and it is most probable that their profits are going to go out of the roof once the new rule sees the light of the day. We believe that no price is too high for your safety and it is going to help us , the common bikers well. We really wish other governments would at least consider this matter too.