Piaggio broke the dormancy of scooters in India when it launched Vespa LX125 four months ago. And now, it is ready to strike the second chord in the same segment with launch of its new scooter Typhoon. It is expected to be on floors by mid of 2013. Apart from the launch, the most talked about feature of this two wheeler is its engine. Typhoon will adorn a 150cc engine exclusively for Indian roads. Although the international version of the same carries a 125cc engine but in Piaggio’s opinion, one more vehicle with 125cc engine would have slayed Vespa’s demand in India, therefore, they decided to embellish Typhoon with a 150cc engine that earlier powered their other model ‘Fly’. 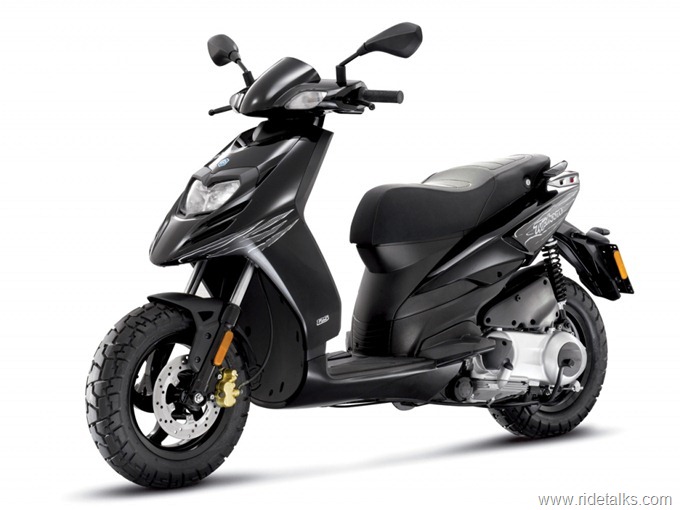 Along with this, Typhoon will be the first scooter in India with a Fuel Injection (FI) engine. This 150cc engine will generate power of 12 PS at 7750 RPM and a torque of 11.5 NM at 6000NM. Piaggio asserts that the automatic CVT gearbox along with the engine will churn out a fuel efficiency of 32 KMPL and with fuel tank capacity of seven liters. 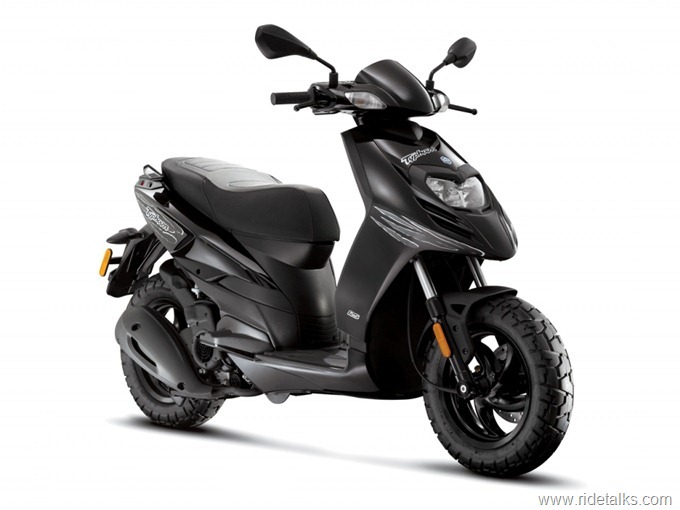 When considered in terms of looks the vehicle gets quite a decent look courtesy its broad tires and ideally placed headlamps on its front face. According to Piaggio, Typhoon will carry all the style and sturdiness to lure youth towards it. 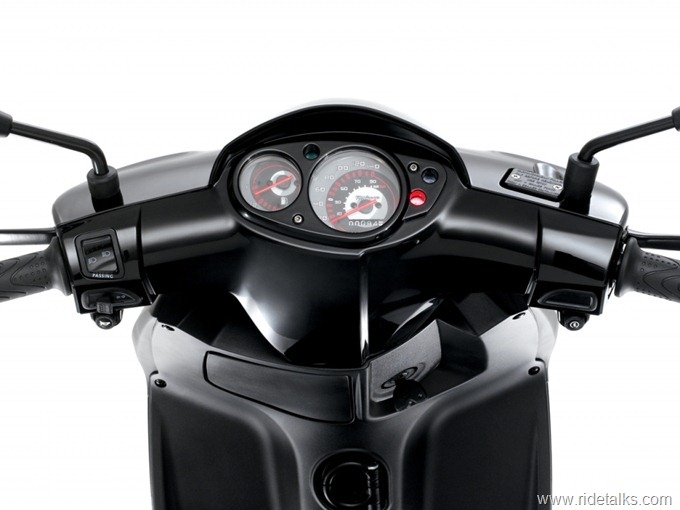 Some other features that make this scooter an ideal selection are 220mm disc brakes in front and drum brake sin hind part. The telescoping forks in front along with an aluminum swing arm in rear provide it a bold and robust look. The price is assumed to be between Rs.85000 to Rs.90000. The previous model from the same maker Vespa was also quite unique and has been appreciated widely in India. But the high prices are what have kept the common man aloof from buying it. Although the scooter has iconic looks and a superior feel but that is not enough to convert window shoppers into
buyers. Typhoon in itself will be completely different from Vespa and once launched will be the most powerful two wheeler in India.