Update: Ducati’s V4 superbike will likely have a double-sided swingarm. This is because the road bikes are likely to make 205-210HP power while the race bikes will make 230HP or even more. A double-sided swingarm will, thus be needed to ensure the Ducati V4 superbike is able to put that power down. The recent test mules spotted also had different exhaust and shock positions, which further lends credence to this aspect.

Ducati is working on a new V4 engine to replace the L-Twin motors in its superbikes. The reason behind this is the World Superbike Championship regulations. These regulations warrant the use of air restricter on V-Twin engines making displacing 1200cc. Hence, any performance advantage a Ducati bike may have in the WSBK is nullified to a great extent, if not fully. Hence, Ducati has no option left but to develop a V4 engine for its superbikes. So, what will the new V4 superbike from Ducati be like? Here’s our take on the Ducati V4 superbike, based on all the available information. 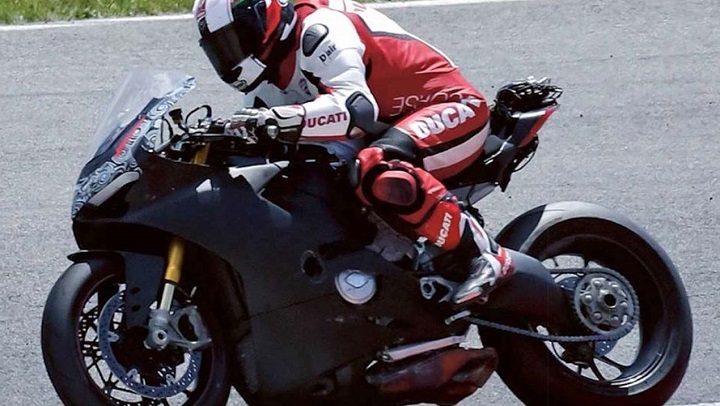 Ducati V4 Superbike: What Is It?

The new Ducati V4 superbike will play host to that all-new V4 engine. This bike will mark the first time Ducati has used a different configuration, other than L-Twin, on its bikes. Now reports suggest that it is likely to have a 90-degree V-angle, etc. What you need to know is that Ducati will look to homologate this bike for use in WSBK. While homologation is no trouble for bikes such as 1299 Panigale, Ducati cannot push that engine to the limit. This way, one of its biggest advantages, manic power delivery, is negated. However, it will not be the next Desmosedici, as per Ducati CEO Claudio Domenicalli.

Ducati uses a V4 engine on its MotoGP bike. So, this engine will be a derivative of that motor. However, WSBK regulations suggest that this engine will have to be a sub-1000cc one. Reports suggest that there will be one 1000cc V4 bike and two 1200cc V4 models, though more will surface on this near the bike’s launch. Nevertheless, we expect this bike to have 200HP or even more. After all, Aprilia’s V4 engine makes more than 200HP. However, to separate it from the Aprilia V4, Ducati will likely give it different power and sound characteristics.

In terms of design, the bike seems like a more muscular Panigale. It seems like a necessary move as the new engine gains two more cylinders. Hence, packaging problems seem to have crept up. We do feel the bike will lose some visual weight when it makes its debut. Let’s keep our fingers crossed. As far as the rest of the package is concerned, don’t expect it to be anything less than the 1299 Panigale. Goodies should include traction control, cornering ABS, riding modes, launch and wheelie control, etc.

Ducati V4 Superbike: When Will it Come To Markets?

As far as we can tell, Ducati is teasing the Panigale Final Edition. So, this bike should be on sale wither in December this year or early 2018. However, you will get to see this bike in action in WSBK in 2019. The reason for that is unclear. However, we’d say that is because Ducati would like to see how the new engine performs in the real world. This will also give the company time to develop this engine for competitive use. 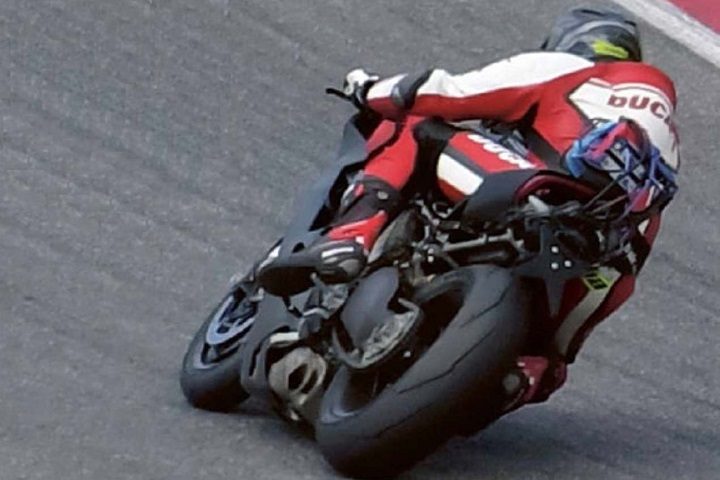 Should I Wait For The Ducati V4 Superbike?

Well, this bit is subjective and depends on you. If it is the latest, ground-breaking Ducati you want, then you should wait. For those looking for a V-Twin powered superbike, buying a Ducati now will be prudent. Do remember that 1299 Panigales are likely to appreciate in value as soon as the V4-equipped bikes hit the market. Also, Ducati will be one of the two superbike makers using a V4 engine instead of being the only one to use a V-Twin engine. How much that matters to you is what will help you in deciding whether you should wait for the new bike or not.