If you thought that Norton came back from the dead out of the blue, you thought wrong. This bike maker has a number of product lines running alongside the RR family. One of these lines is that of Dominator. The Dominator is a bike styled like a cafe racer. TO ensure it has the old world charm of the cafe racers, it has a parallel twin engine. Now the engine does not put out big power figures. However, what it likely does is make power accessible across the rev range. Interested to know more about this bike? Then keep reading as we talk more about Norton Dominator price in UK, specifications and other details. Now, don’t mistake the Norton Dominator for a run-of-the-mill bike. It is a special bike and only 50 units of its SS version have been built. This bike’s styling and detailing will take you back to the era when cafe racers used to be trendy (they are trendy today too, but that’s because they are rare).

The Norton Dominator has a classic engine that has push-rod valve actuation. Displacing 961cc, this air/oil-cooled parallel twin engine outputs 80HP power and 90Nm torque. However, it comes with components such as Ohlins suspension (rear adjustable for height too) and Brembo brakes. It is in equal parts classic and modern. 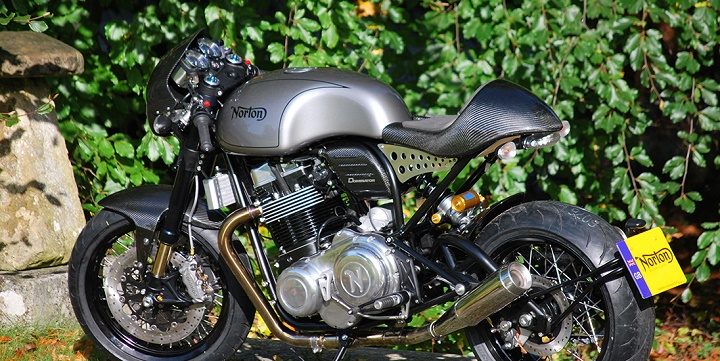 Despite having push-rod valve actuation, the Norton Dominator’s engine passes Euro 4 emission norms. It has analog instrumentation, which is becoming increasingly uncommon nowadays. Its stainless steel exhaust end cans exude style that is reminiscent of the bikes of yore. A truly special bike, this one.