Norton is back to life! Not only is the motorcycle maker reborn but it is making waves with its first new motorcycle in years. But why, you may ask? It fielded this new bike in the Isle of Man TT 2017 and had a better outing than many expected it to have. Norton used the Isle of Man TT to showcase the V4 RR. This bike has a 1200 cc V4 engine and some bespoke components too. It is quite literally the kind of bike you think of when you use the word exotic. Read on to find out more about Norton V4 RR price in USA, specifications and other details to know more about this beast. 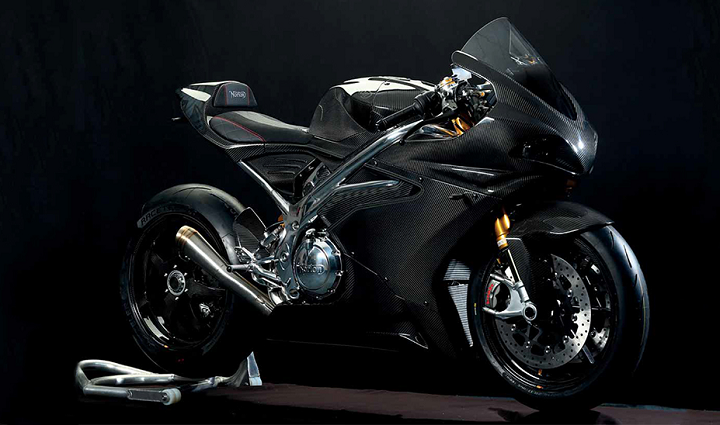 Did you think this bike will cost as much as the BMW HP4 RACE or Ducati 1299 Superleggera? Well, it is not that costly. However, do not think, even for once, that this is a regular bike. To help you understand this aspect of the V4 RR, let’s take a look at this bike’s spec sheet.

Now you can understand why the Norton V4 RR is an exotic. Try naming another bike that has so many bleeding edge components on it. Brembi GP4-RR brakes, Ohlins suspension with rear bespoke monoshock and over 200 HP power from a V4 engine. But wait! That’s just a part of the story that is the V4 RR.

Barring the optional bits, there is just so much on offer on the Norton V4 RR. All this makes other bikes seem overpriced and devoid of any features. Yes, litrebikes have come a long way. Also, the V4 RR is not produced in big numbers. However, this is what makes the V4 RR such a nice, exotic piece of machinery. Name any bike maker that has carbon fibre body panels, for instance, and costs this much. That’s what the Norton V4 RR is, in a nutshell. Welcome back to the world of living, Norton.