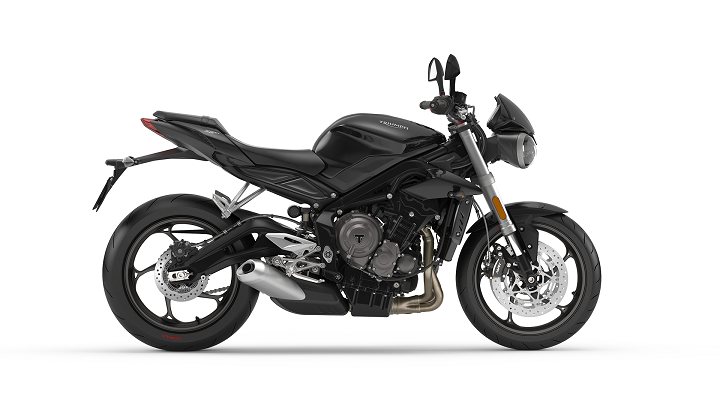 As far as the specifications go, the 2017 Triumph Street Triple S is a middleweight bike that makes good power and torque. There is Showa suspension all around, and the front has Nissin brakes with rear sporting Brembo brake caliper. With ABS as standard equipment, traction control and riding modes on offer, this bike is suitable for all types of users, newbies and experienced ones alike. The feature list of the 2017 Triumph Street Triple S is quite adequate. The gullwing swingarm is unique to this bike. The powder-coated frame, sub-frame and swingarm highlight this bike’s frame nicely. There is LCD instrumentation on the bike. Also, while there is Showa suspension all around, only the rear is adjustable and that too for pre-load only. With two colours on offer, the Street Triple S is a good bike for beginners and experienced folks alike.