Triumph is known for making bikes that have inline three-cylinder engines. One of its most known bikes is the Daytona 675. A middleweight sportbike, it has an inline three-cylinder engine. It occupies a unique space in the middleweight sportbike category as it is technically not a 600cc bike. However, having just 75cc above 600 that most middleweight sportbikes have, this bike has a unique positioning in the market. The only other manufacturer competing in this unique space against Triumph is MV Agusta with F3 675. So, for 2017, what does this bike bring to the competition? Here’s a lowdown on 2017 Triumph Daytona 675 price in UK, specifications and other details. 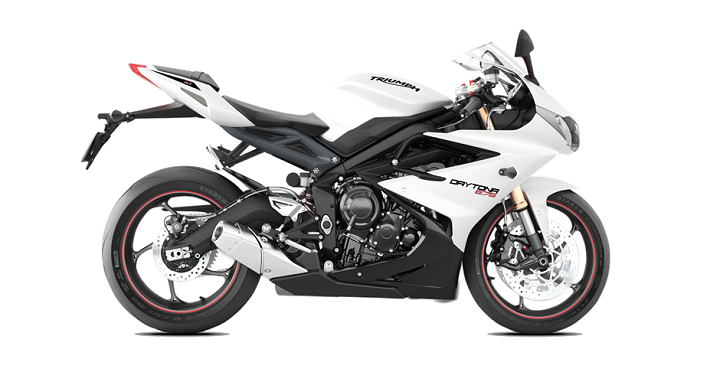 For the price that 2017 Triumph Daytona 675 comes with, it is quite cheaper in comparison to MV Agusta F3 675. The Italian bike comes in for a price of GBP 11,750. The Daytona 675 feels relatively inexpensive when you factor in the price of Daytona 675R and compare it against F3 675’s, the latter still being the costlier bike.

The 2017 Triumph Daytona 675 does offer some nice set of mechanical components. There is a slipper clutch, adjustable Kayaba suspension, Nissin brakes up front, Brembo brake at the back. The fuel consumption of the bike at 52.4mpg is quite decent. All this paired to that inline three-cylinder motor make for a competitive package. 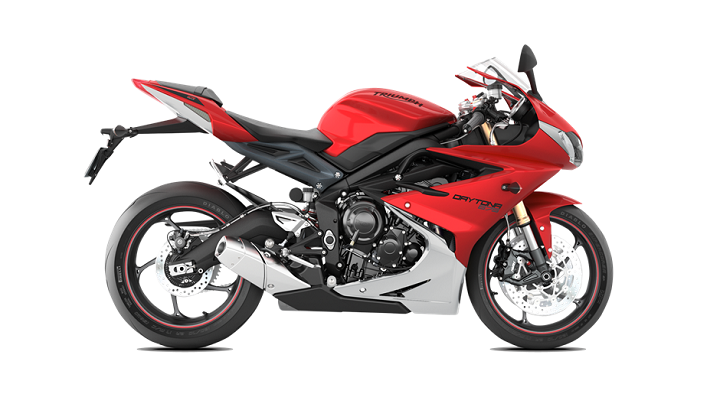 Having ABS as standard equipment lends the 2017 Triumph Daytona 675 an aura of safety. The fact that it has programmable gear shift lights is great. A big 17.4-litre fuel tank (4.5 gallons US, 3.8 gallons imperial). This equates in some great range on a full fuel tank on this bike. The pin-striped wheels give this bike a stylish touch. In terms of looks, the 675 and its R siblings come with different paint schemes and chassis colours (black on 675, red on R model). No matter which way you look at it, the Daytona 675 offers a lot of value for your money. Isn’t that what you will look for in your next bike?