Honda offers some of the finest and most refined motorcycles for the masses and all of their products do quite well. If we talk about the sport bike class in specific, Honda has a couple of popular products such as the VFR1200F, CB1000R, CBR1000RR, CBR600RR and CBR250R. Looking at the sport class offerings closely, it becomes evident that the company has no mid-segment products. While there is huge gap between the CBR250R and CBR600R, the CB1000R is only child in its segment with no younger siblings.

To fill these gaps and eventually expand it’s product line-up, it was being said that Honda is working on a 400 CC CBR but it is certain that Honda has slightly different plans now. Two very interesting spy shots have surfaced the internet and the motorcycles in these images are speculated to be CBR500 and CB500 respectively. 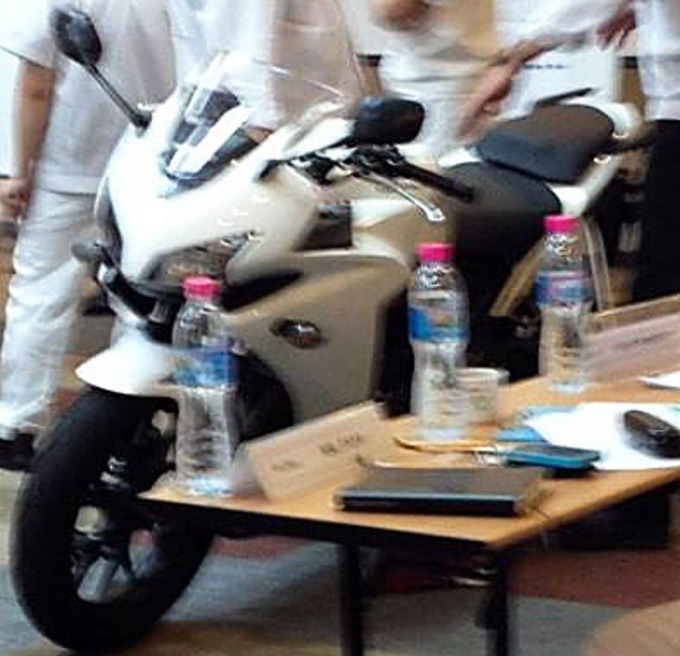 While the CBR500 is a fully faired motorcycle which has taken its design cues from its elder brothers, the CB500 is a naked street bike which essentially is a CBR500 without fairing. The CBR500 will be a sports tourer rather than a track oriented machine like the CBR600RR.

Many of you may be wondering why Honda is coming out with a CBR500 as it will have to be positioned very close to CBR600RR. Even we were expecting a CBR400 but Honda has instead developed a more powerful sports tourer as the CBR600RR is soon going to get a considerably facelift. Honda is planning to comprehensively restyle the 600RR and once it does so, the CBR500 and 600RR will be easily distinguishable.

Talking about the engine now, both the motorcycles will draw power from a 500 CC engine which is essentially two Honda CBR250R engines joined in a parallel format. This engine will be good enough for a peak power of 46 BHP and peak torque of 40 Nm. Coming to the technical features now, the bike uses a tubular frame (CBR250R also uses a similar frame), telescopic front forks and mono front disc brake.

The bikes were caught at Honda’s Thailand facility which means initially it could be launched in the nearby markets. The bike will compete with Kawasaki Ninja 400R, KTM Duke 350 and the likes. Speculation is also there that Honda could manufacture these two motorcycles in India and export it to International markets.