Yamaha brought in the R15 in India some time back and the product was quite a niche product. It was more of a racetrack inspired bike rather than your sports touring bikes in the segment like the Karizma ZMR or the CBR 250R. Motorsports have been quite a popular event in India and the success of the two races at BIC have been a proof to that. Yamaha has been doing its bit for the Indian motorbiking scenario and like Honda, has been hosting their one-make Race championships from the time they brought the race ready R15 to the Indian markets. The One-make race championship has been a one of its kind racing event which has been quite popular in India.

The fifth and the final round of the 2012 YZF R15 One Make Race Championship just got concluded and the 2012 season came to an end on the 23rd of December. The 2012 Season concluded at the Madras Motor Race Track, Chennai in association with the Madras Motor Sports Club (MMSC) and the Federation of Motor Sports Clubs of India (FMSCI). The event is a part of the Indian National Racing Championship 2012 and came to an end with the riders putting their knees down on every corner and getting out of those corners as quickly as possible. The racers seemed to have mastered the trick of braking early before the corners and accelerating a bit earlier when going out of the corners. 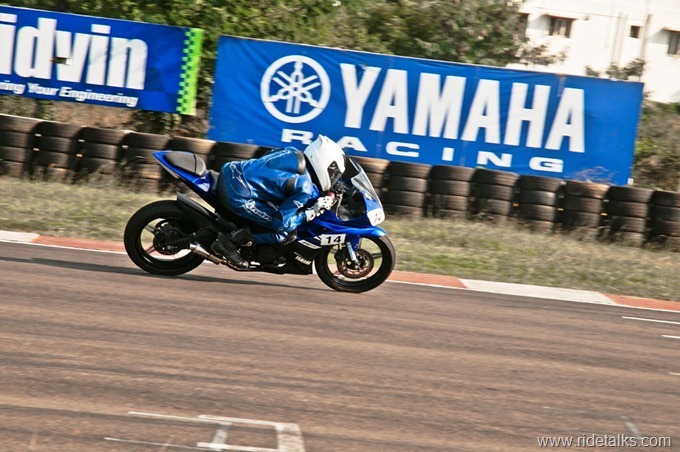 The Results of the Race are: 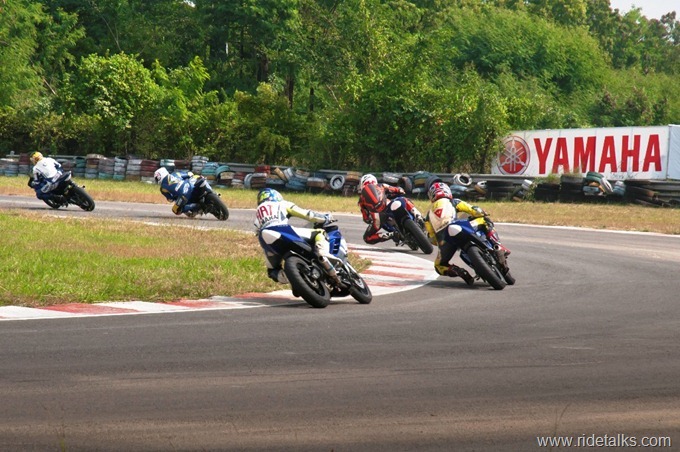 The bikes come with state-of-art Daytona racing kits from Yamaha, giving the racers a mini MotoGP feel. The riders get a chance to represent India in the Yamaha motorsports events all over the world. India may have just a couple of racers in F1 but if Yamaha manages to find the correct talent at the right age, we might have an Indian on the MotoGP circuits in some 10 odd years from now. Let’s keep our fingers crossed. 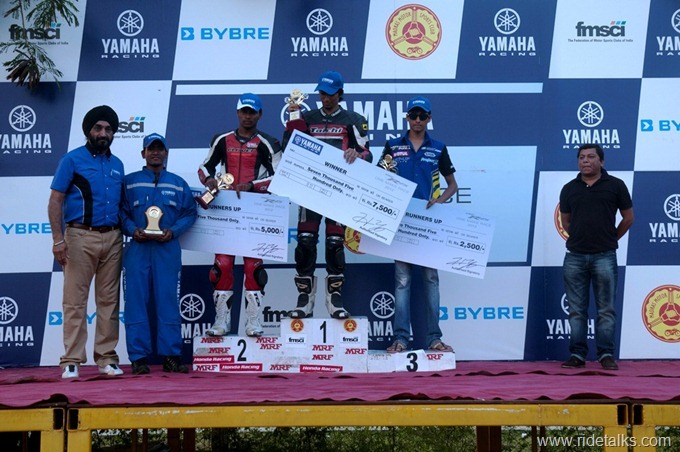