The motorsport fans at Chennai in India have been in for a treat as the motorbiking giants have been doing their bit for the Indian Motorbiking for quite a while. We recently brought you the story of Yamaha YZF R15 one-make race championship in India and today we have for you the race results of Honda’s racing championships held in India. For those of you all who don’t know, India is quite an important market for the bike-makers and seeing the huge racing potentials Indians have, the companies try to develop this pool of talent as early as possible.

Over 90 riders participated in different categories at the recently concluded fifth and final round of Honda’s motorbiking championship which was held at the MMSC circuit in Chennai. There were 4 classes of riders with the ones below 23 years of age getting to race in a special novice category. The riders above 23 had a chance to participate in the CBF Stunner and CBR 150R categories with the premium CBR 250R category being made available for experts. 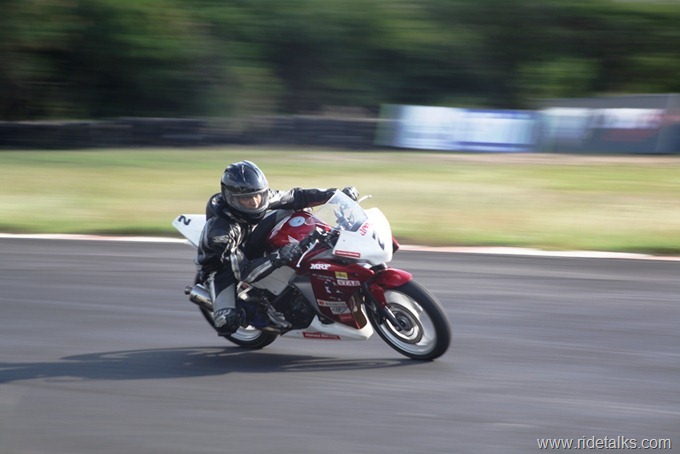 The premier-250cc class was the one which garnered the maximum interest. Sarath Kumar of MP Ten10 Racing won both the races. Honda had leased CBR250R motorcycles to FMSCI registered teams for developing a motoGP kind of environment. There was also a Team Championship in which Tem Moto Rev India emerged as the leader and was awarded an all new CBR150R bike. The winners got cash prizes with the first place holder getting Rs 7500, while the second and third position holders received Rs 5000 and Rs 2500 respectively. The ones making it to the podium in the CBF Stunner, CBR 150R and CBR 250R championships received cash prizes of Rs 30,000 ; Rs. 20,000 and Rs. 10,000 respectively. The winner might not get a chance to represent India all over the world in Honda Championships like Yamaha, but then they’ve done their bit for the Motorsport scene which is still in its nascent stage and who knows, they might do so in future too.