A top speed of north of 100 KMPH under 4 seconds is something you associate with superbikes with displacements around 1000 cc. Conventional engines will be replaced by electric engines one day in superbikes is a bit far-fetched but so was going to the Moon a century back. But some bike manufacturers are very serious about putting the electric-superbikes at par with your everyday superbikes.

Italians are the first ones in almost every automobile sector and CRP Racing , again Italian has just announced that eCRP has gone into production and will hit the roads soon. Now eCRP was displayed as a concept bike at EICMA 2011 and was quite the crowd and media puller when it was launched. CRP went ahead with the concept bike and with much hype around it , displayed the production model of their electric superpower at EICMA 2012. 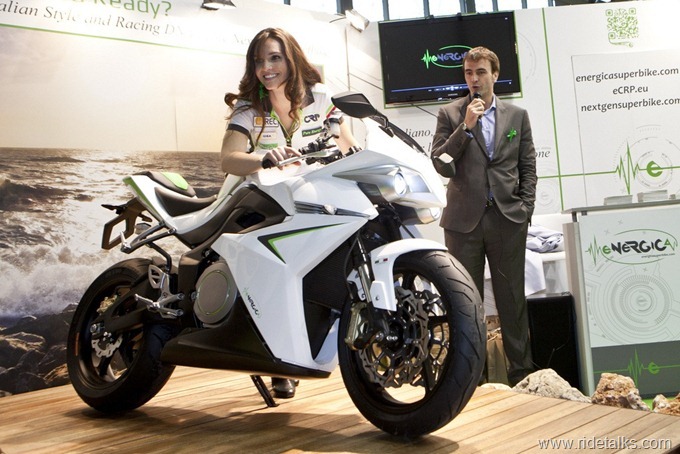 Its electric power terrain and the razor sharp looks have been the talk of the town every time its name came up and rightly so as the bike has some really superbike power figures.Powering the electric wonder is a PMAC synchronous motor with permanent magnets and gives out a healthy 134 BHP of power and 160 NM of torque.The motor is powered through a 11.7 KW battery with the ability to reach the top speed of 220 KMPH and can run for 150 Km on a single charge. It is built on a steel trellis frame. 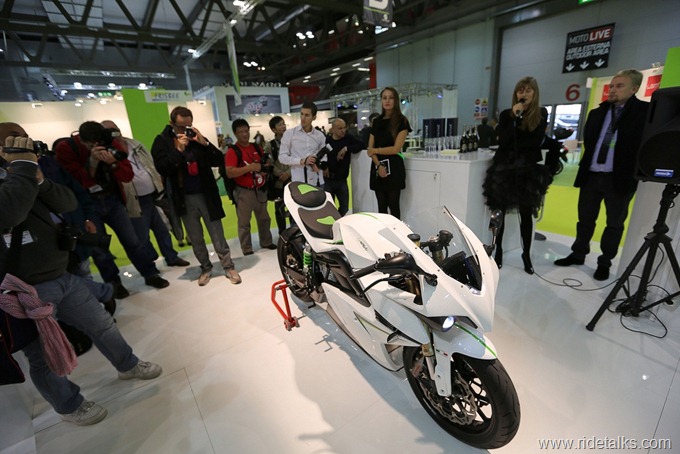 It gets inverted adjustable Marzocchi forks in the front while the rear gets a ZF Sachs monoshock suspension unit. Two floating 310 mm diameter front discs coupled with a 220 mm rear disc will be bringing the Energica to a halt. They have not left a single aspect go unattended and the seats are designed by the Ferrari interior designer Schedoni . Schedoni’s name being associated with bike alone lends it a big favour , let alone the seating being actually designed by the one who lent the Ferrari those red interiors. 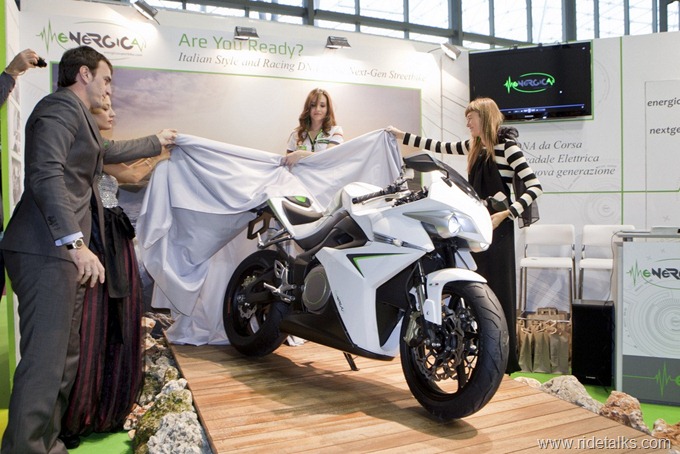 The display unit will be digital multi-function LCD dashboard and other features include ride-by-wire throttle and multiple engine mappings.The company is accepting bookings and expect a launch sometime next year with the bike hitting the roads in early 2014. With not much happening in the conventional superbike scenario other than refreshes of the flagships , the electric superbike scenario is getting heated up each day. Hanebrink are you listening? The Energica is coming to give the Hustler nightmares.