From the looks of it, British motorcycle manufacturer, Triumph has been working overtime on the development of its new Street Tracker motorcycle. The upcoming Triumph Street Tracker motorcycle was recently spotted testing in Barcelona, Spain. The spy shots of the motorcycle reveal that the soon to be launched model will go on sale in not just one but two variants! Going by the typical nomenclature system from Triumph, one of the two variants will go on sale as the standard model, while the other will most likely get the R nameplate, obviously along with better specifications than the standard model. 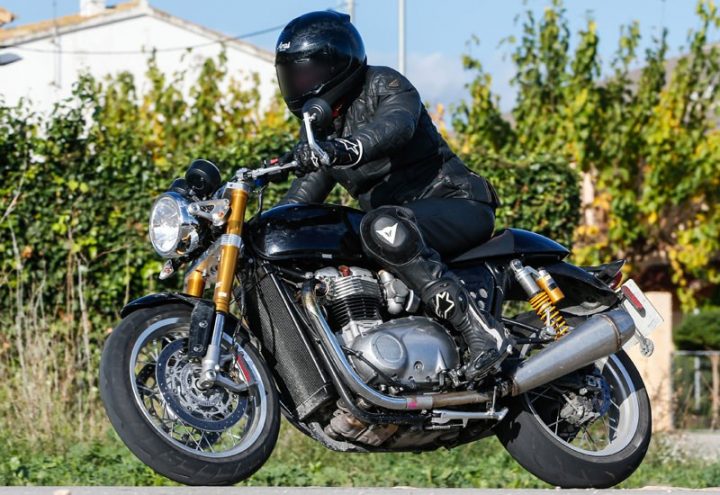 The Street Tracker R model will boast of several Ohlins suspension components at both front and rear. It will also get Brembo brakes setup and a single seat. Both the Tracker and the Tracker R will come with ABS as standard.

These new motorcycles from Ducati will go on sale in 2016 at an expected starting price of £10,000. Rest of the details about these upcoming bikes are not available yet. However, you can safely expect us to update you with more details as soon as we manage to find them out . Stay tuned to Ride Talks.