Recently, Kawasaki took wraps off a one-off bike at the New York International Motorcycle Show. While we’ve already seen a gazillion custom models, so much that there’s hardly any excitement left for these supposedly ‘special’ models, what sets the latest custom Kwacker apart is the very fact that this motorcycle would be used by eleven-time drag racing champion, Rickey Gadson. Kawasaki sponsors Gadson and so far, the racer’s weapon of choice has been the formidable Ninja ZX14R.  Gadson’s custom-built H2 has been specially designed by a team comprising of people from Kawasaki Heavy Industries and Kawasaki Motors Corp., U.S.A. 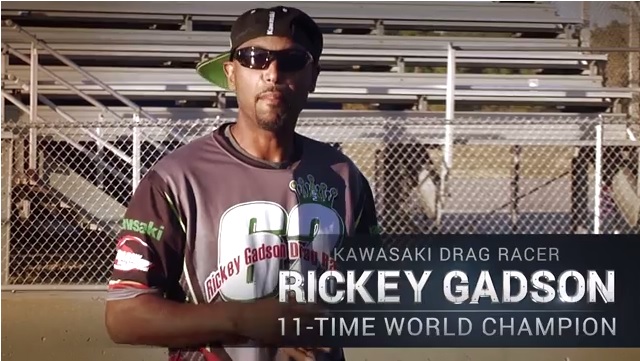 Even Rickey himself has worked with this team to ensure that all the drag racing specifications are met with. Together, Rickey and Kawasaki has ensured that this custom-built H2 would boast of top-most on-track prowess. Modifications for Kawasaki Rickey Gadson Custom H2 include an extended swing arm that comes from Adam’s Performance, a Brock’s Performance BST carbon fibre rear wheel and a cast aluminium front wheel. While the swingarm ensures an extended wheelbase, and hence, better stability, the wheels go a long way in lowering the unsprung weight of the H2. Also new to Gadson’s H2 is a JRI rear suspension and a handlebar-mounted high performance air shifter. The latter works in conjunction with the Kawasaki Quick Shifter that is available on the Ninja H2. 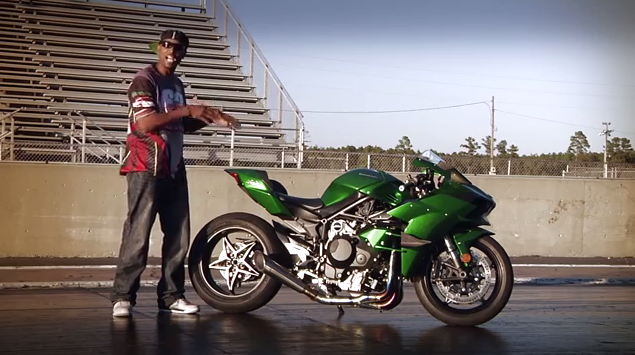 In order to commemorate the debut of the new Kawasaki Rickey Gadson custom H2 bike, the American subsidiary of the Japanese bike maker has come up with a video that shows the new bike in all its glory! Check out this video below –

For more details on this special motorcycle, one can get in touch with Aimee Soto at Kawasaki Motors Corp., U.S.A. ([email protected])