Across the world, the segment of 250cc- 400cc bikes is exploding. And due to this action India has come out as the second largest two wheeler market in the world. Triumph Motorcycles, UK based motorbike manufacturers are now planning to set up a shop in India and wish to establish a factory that not only assemble motorbikes but also produce them here from the grounds. If all goes well than the company will soon launch their new creation in the markets of India and Indonesia.

The 250cc twin cylinder motorbike from triumph is also expected to be sold in other south East Asian countries, where the high performance- small capacity motorcycles are quite high in demand. A street fighter styling is also expected in the 250cc motorbike, its engine will be liquid cooled. So we can expect a frisky performance by the bike. 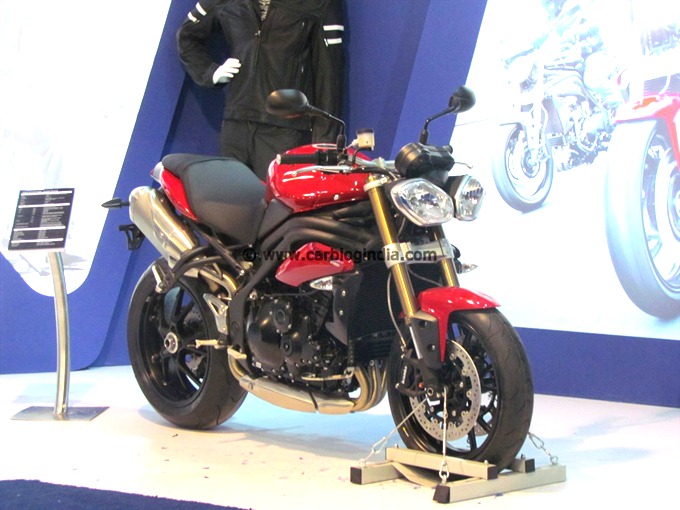 The 2014 Triumph is most expectedly inspired by the KTM Duke 200 and Suzuki GW 250. Motorcycles like Ninja 250R and Honda CBR 250R could be in the triumph crosshair when it comes on the pricing. Triumph’s 250 cc price in Indonesia will be around 6000-7000$ which is likely because the 250cc twin engine. But then again the triumph will be imported through CKD or the CBU route.

Now coming on to its pricing in India, we should not expect it to be less than 2 lakhs INR or US $ 3500 justifying the fact that the motorbike will come with plenty of localization, also, since India is a hub for low cost and high quality production. So, for sure when it will come onto pricing the Triumph in India they will give competitive prices for the market.

Most expectedly they will launch a good range of sports bike in India. Initially company will import the motorbike in CBU (complete built unit) and will sell them after assembling there. And later they will start up a factory.