On the launch of Bajaj Discover 100T in India, Bajaj Auto motors made an important announcement about their flagship model. Very soon, they will launch the fuel injected version of Bajaj Pulsar 200 NS. With this new launch they will head towards the international export market for the beginning they will launch it in countries like Indonesia and Philippines. The present model of the pulsar 200 NS comes with a carburetor and if the fuel injection is added, it will make the 200NS much more responsive and probably more refined too. Some improvement in fuel economy is also expected as the metering of fuel will be more precise.

The fuel injected Pulsar 200 NS is expected to keep its robust styling, engine and suspension specifications. The 200 cc motor cooled by liquid which powers the 200 NS is a four valve head operating on an SOHC. The engine has three spark plugs to ignite are mated by a 6 speed manual gear box.  It has a 23.5 BHP of peak power and an 18.3 Nm of torque. It will be second of motorcycle by Bajaj to features the fuel injection technology. 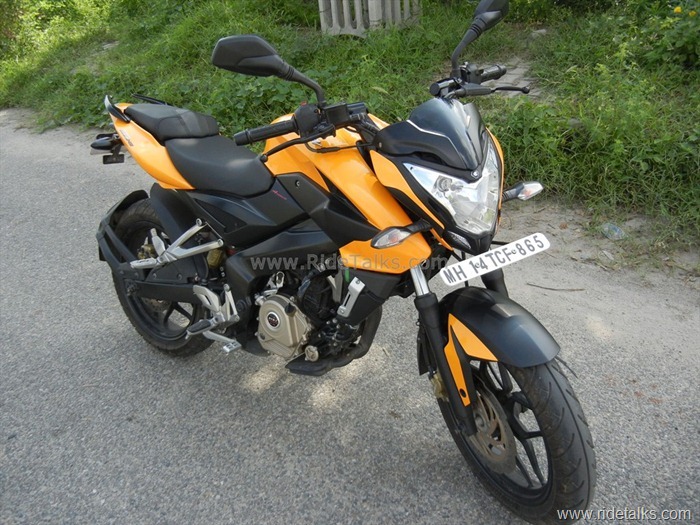 As stated by the officials, the fuel injection is more expensive than a carburetor which will automatically bring raise in prices of the FI version. It is expected that there will be a hike around Rs. 10,000. Bajaj will also continue to offer the carbureted variant as it will offer a lower cost option to the buyers. Bajaj may also experiment by bringing new color choices for the buyers because what they are offering now are very limited. Stay tuned for more updates.