Honda even though seems to be giving the quarter and half litre bikes the lion’s share of attention, it has made sure the bread and butter bike segment which is below the aforementioned displacements does not get left behind. Honda Thailand has just launched quite an intriguing motorcycle named as the Honda MSX125 “monkey”. The 2013 MSX125 will see the light of the day in a lot of countries all over the world with most of the South East Asian countries getting the monkey.

Now you’d be wondering why the monkey name in the bike. The monkey bike has its roots in 1960s when Honda launched a basic mini bike which was so short that it could be ridden even by midgets. A lot of biker makers jumped the wagon but never really managed to build on these. And now let’s talk about the wonder this monkey is. The monkey or MSX125 is priced around 66,000 Bhat or approximately USD $2000. Honda may introduce it in other Asian countries in future like Indonesia and India where the demand of entry level performance bikes is increasing gradually. The 2013 Honda MSX125, rides on beefy 12 inch wheels. The seating height of 30.5 inches is the one which makes it the monkey. And since it would come with a low height seating, the bike will also gain some popularity among women who have a thing or two for biking. The Honda MSX125 comes with USD front forks and a monoshock rear, which clearly spell a lot of fun to drive around the city.

The Honda MSX125’s heart is a horizontally inclined-4 stroke engine giving out a fun to ride 9.7 BHP and 10.5 Nm. The exhaust is an under seat one like a dirt bike. The beefy wheels get discs at front as well as rear. The bike is pretty well styled and even though has gone modern, retains those retro monkey looks. And the Project headlamp seals the deal. It comes in 4 colours : Asteroid Black Metallic, Pearl Himalayas White, Pearl Queen Bee Yellow, and Pearl Valentine Red. And now let the monkey menace begin. 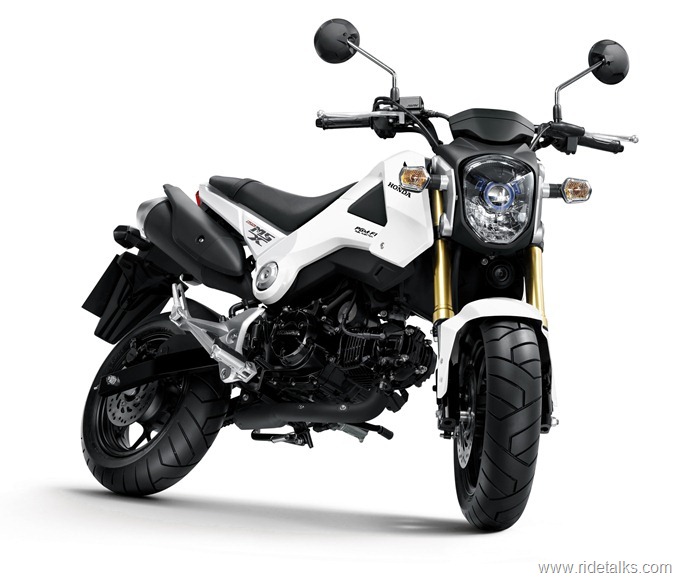 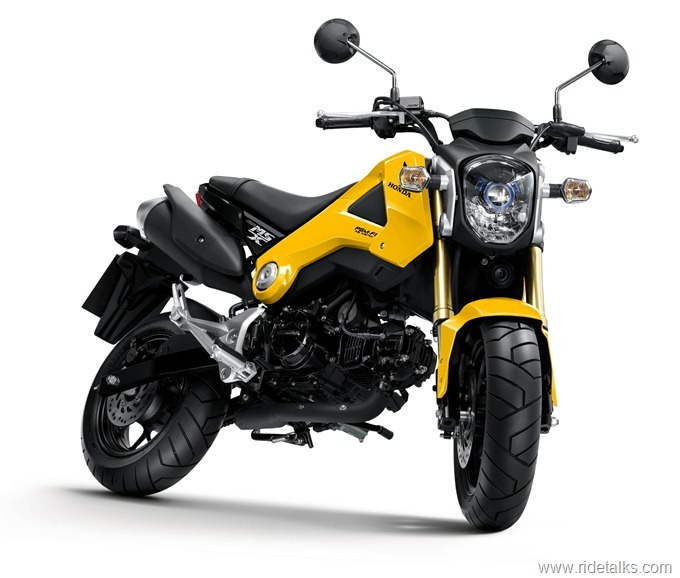 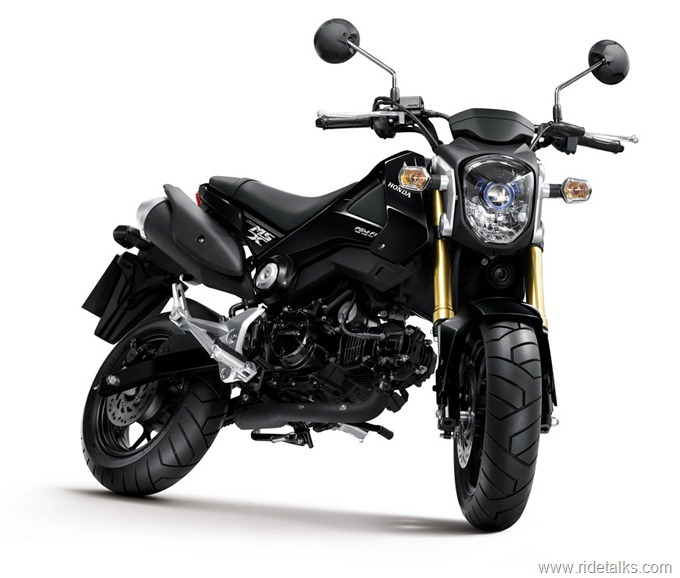