We recently brought you the story of the $800 motorcycle war that is brewing up in India just because the market in India is basically ruled by those cheap bikes which give a fuel efficiency of around 75-80 kilometers to a litre. Yes, 80 kilometers to a litre it is. But there will always be a class of bikers who would not really care as to how much does the bike give to a litre but would see as to how fast would it sprint from 0-100kmph. And today we have a small treat for those bloaks. 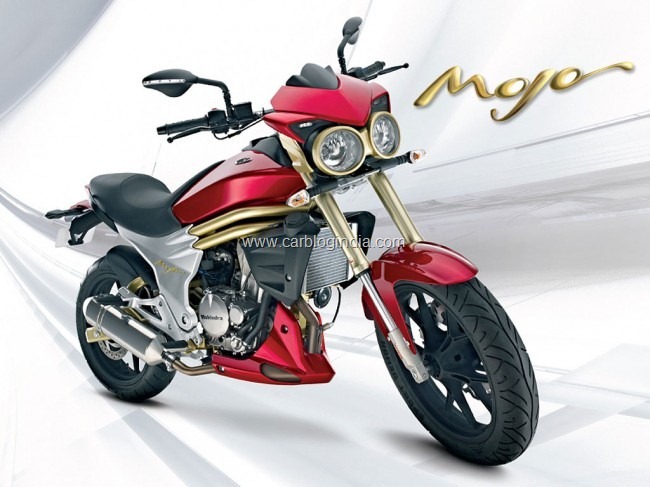 Mahindra and Mahindra, the renowned car maker has decided to go head to head with the motorcycle giants like Kawasaki, Honda and KTM in India but seeing the way Mahindra is expanding their global market, we pretty much believe that this locking of horns shall happen in other countries as well. At the launch of Mahindra’s mass market bikes, Centuro and Pantero, a senior official has stated that the company is going to launch their Mojo 300 in 2013 which is going to be nothing short of a naked street fighter. 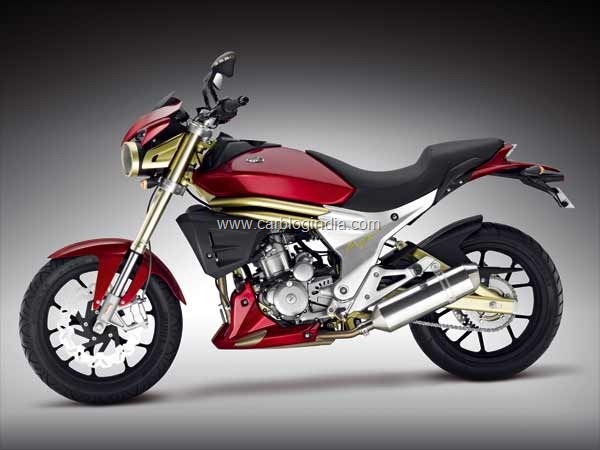 The Mojo 300 was displayed a long while ago by it’s launch has been getting delayed for some time. Mahindra officials have said that the bike is in its final stages of testing and shall be launched soon enough. The Mojo 300 is fitted with a 292 cc single cylinder engine giving out a healthy 25 BHP and the dual exhausts on the bike are going to be a treat to bike lover’s ears because of the exhaust note that they’ll be producing. The bike comes with dual headlamps and is quite the looker.

The Indian motor biking arena is slowly developing from a commuter segment to a performance segment. The world’s best biking brands have huge plans for the Indian motor biking scenario. Bajaj Pulsar 375, KTM Duke 390 , Ninja 300R, a made for India Harley Davidson and now the Mojo 300 are all on the cards for the Indian bikers to buy in 2013 and that performance hungry crop of buyers is increasing at quite a fast pace. We would love it if the Mojo 300 comes to a lot more markets other than just India.