KTM has launched the KTM Duke 200 in the UK about 6 months after its launch in India. The Duke 200 is a higher displacement engine model compared to the KTM Duke 125 which is very popular in Europe already. In terms of looks and other parameters, the two motorcycles are very similar and have same structure and features. The power output of the Duke 200 is close to 25 BHP which is 10 BHP higher than the Duke 125 which produces about 15 BHP of power. In terms of percentage, it is approximately 67% more peak power for a little price difference. 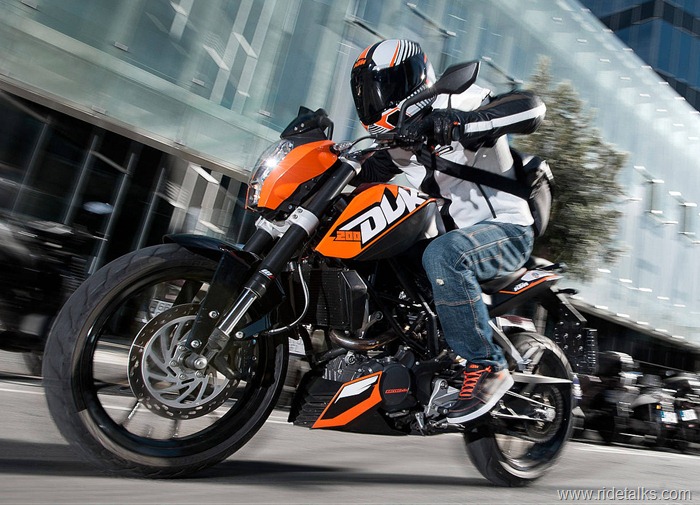 Since the KTM Duke 200 is manufactured in India and exported to the UK, the taxes and duties on the same are very high in the UK market. The price of KTM Duke in India is close to £ 1300 while in the UK is costs close to 3 times the Indian price of this motorcycles. There is a similar kind of skew in prices of imported or CBU units of vehicles in India also. KTM has a collaboration with Bajaj Auto in India wherein they work together on many areas including design and Manufacturing. Bajaj Auto holds a large part of the stake (minority stake) in KTM. KTM is an Austria based brand which has been performing well in terms of global business since its collaborations with Baja and moving a large part of its manufacturing operation to India. 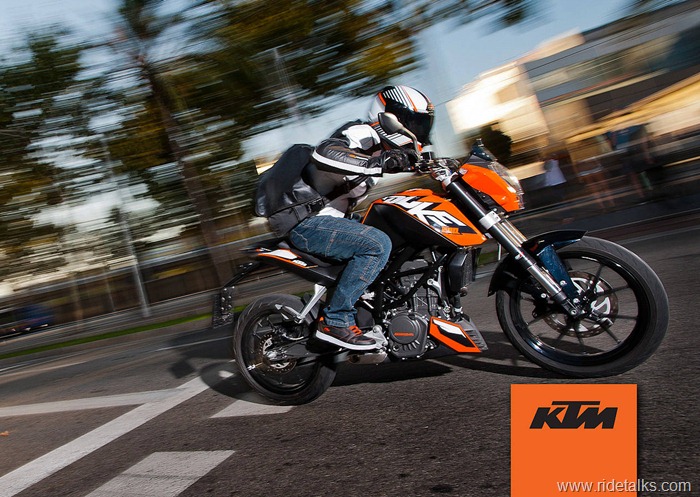 The cost competitive manufacturing in emerging markets like India and China gives a competitive advantage to automobile makers across the world and they have started looking at these destinations to develop their own manufacturing facilities or started collaborating with the existing players to being high quality products to market with minimum expenditure and investment. Bajaj and KTM have already announced after the success of Duke 200 in India that they will together come with more high capacity superbikes from KTM.

Below is a walk around video review of the KTM Duke 200 at from its launch event in New Delhi India in January 2012.

We will keep you posted on latest happenings from the two wheelers and motorcycles world, stay tuned to us by signing up for our free email newsletter.