First it was the Kawasaki Ninja 250R that was introduced in the sport bike segment, followed by Honda CBR250R later. But none of the two created such a drastic stir as created by the smallest of the KTM family, the KTM Duke 200.

No doubt the response has been overwhelming enough and Bajaj-KTM duo cannot contain the happiness and they are so encouraged by Duke 200’s increasing popularity that now they are aiming even higher. Bajaj Auto which has a 47 percent stake in Austria based KTM Power Sports AG is planning to step up the success ladder and wishes to introduce multiple products in the sport bike/superbike segment. “The feedback for the KTM Duke 200, a bike that was launched in early 2012, has been very encouraging. We would be launching multiple products in the KTM range soon for the domestic and global markets,”

When asked about the timeframe for the launch of these new products, Srinivas refused to comment.

Initially in 2007, Bajaj acquired 14.5 percent stakes in KTM for about Rs.300 Crore and since then has been constantly increasing its share by buying more and more shares. The Duke 200 is being manufactured at Bajaj’s plant in Chakan and it is the same facility that is dedicated to Duke 125 CC and Duke 200 CC exports.

On one hand where KTM is making a mark in the sport bike segment, Bajaj as always is focusing more on the commuter segment and recently launched the Discover 125ST sports tourer. 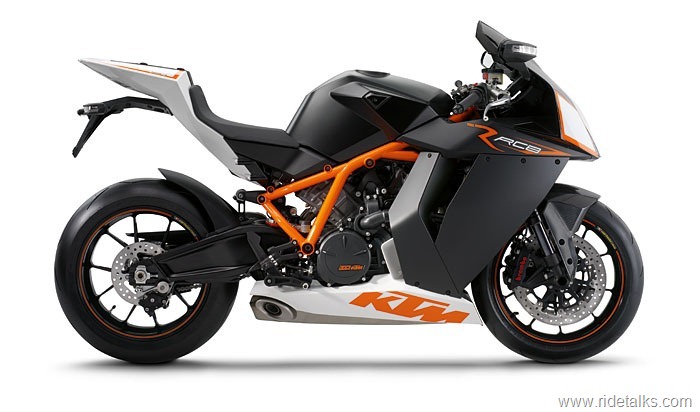 At the launch of Discover 125ST Srinivas said,

“With the launch of the new model of the Discover range we hope to consolidate the sports commuter segment,”

At present the company has three manufacturing plants: at Chakan and Aurangabad in Maharashtra and Pant Nagar in Uttarakhand that collectively roll out 4,25,000. The company also has plans of increasing this capacity to 4,75,000 lakhs.

I do hope Bajaj and KTM together bring out some really competitive and value for money products just like the Duke 200. We will keep an eye on the new developments and keep you posted, stay tuned to us by signing up for our free email newsletter.