When it comes to Electromobility, one of the brands that has taken it very seriously, is BMW. The German maker has timely recognized the demands of the environment and of its customers at the same time and has been offering two and four wheeled products based on electric drivetrains.

Yesterday the company published official information about their upcoming electric scooter – BMW C evolution, under the press release section. The new scooter is based on the E-Scooters launched by BMW in 2011 and this new product was unveiled just ahead of the C 600 Sport and C 650 GT maxi scooters. 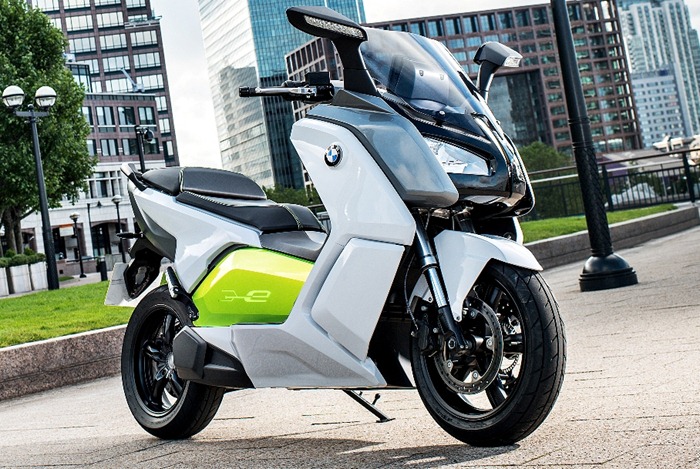 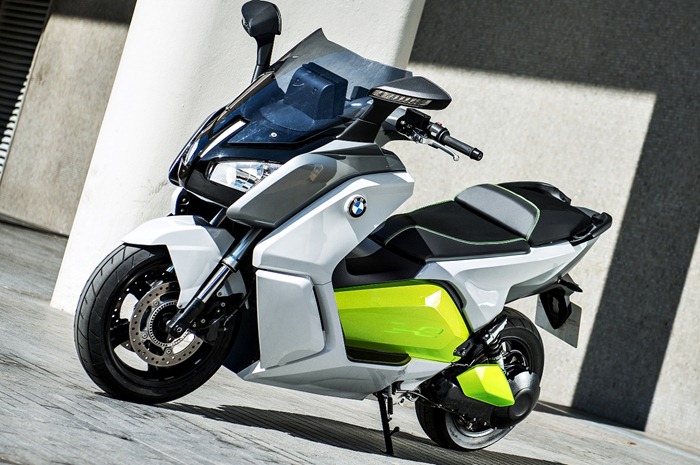 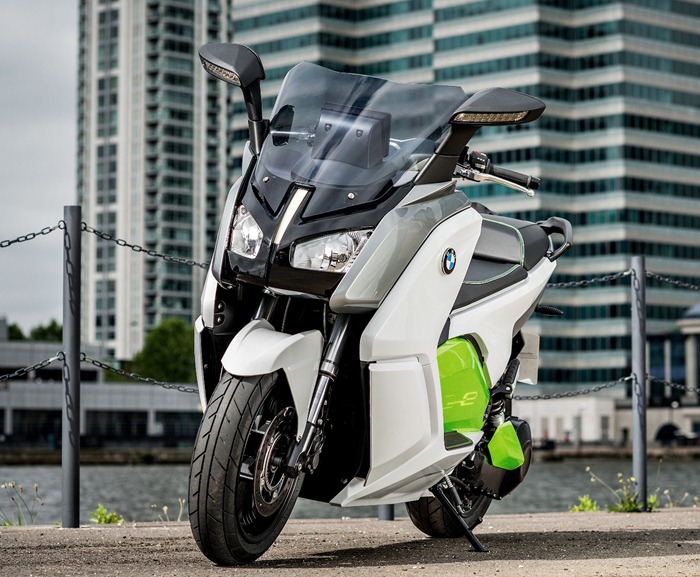 The scooter features an incredibly potent motor with 14 BHP continuous output and 47 BHP of peak output. The same helps the scooter sprint from 0 to 100 km/h at a considerable pace equivalent to that of a 600 CC maxi scooter and offers an electronically limited top speed of 120 km/h. With a complete charge, the scooter ensures a full range of 100 kilometers which is good for urban cities.

The power is delivered to the wheels via a drivetrain swing arm having an integrated liquid cooled alternator. The drivetrain is also capable of recovering energy automatically while one is coasting  and braking on the C evolution.

The battery of the scooter can be charged via the integrated charging device, a regular household socket or at a charging station. The charging time varies from two to three hours under ideal conditions. The scooter ensures the safety of its rider and pillion with its ABS enabled 270 mm dual front disc brakes.

The instrument cluster of the scooter is inspired from BMW i3. Beside the speed it offers plenty of other information about the various functional elements of the machine. The headlamp cluster at the front features daytime running LEDs. As far the official launch date is concerned, BMW has not stated anything about the same in the press release but we are expecting the same to come by 2014.

Stay tuned to Ride Talks for more such updates.