Triumph’s Rocket III is indeed a rocket gives out pretty much the same exhaust note as a rocket being launched into the outer space ( no pun intended ). Rocket III just got itself two new variants which have been named the Rocket III Roadster and the Rocket III Touring. As the name suggests, one of them will be a tourer and the other shall be your everyday commuting bike ( a rocket for commuting sounds interesting).

2013 Triumph Rocket III Roadster looks better and meaner than the outgoing variant but it is the mechanical changes in the bike which will catch your fancy. It gets a de-restricted torque distribution overtly in the first three gears which makes it quite an accelerator on the city roads. Before, the electronic torque restrictor kept that sudden torque bomb in check to prevent insane acceleration but now they’ve made it a de-restricted phenomenon. 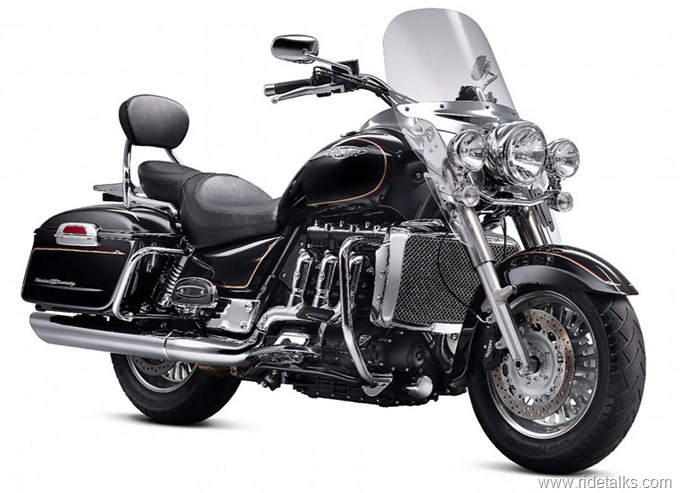 The moment you let go of the clutch, the bike will literally throw you off the seat thanks to the 2294cc DOHC 3 cylinder water cooled heart which gives out a mammoth 146 BHP @ 5750 rpm and 221NM @ 2750 rpm making the roads seem feeble in front of the bike. It will be one of those bikes which we believe should make its way on to the Ghost Rider movies because it will pretty much burn up every road that it passes through. 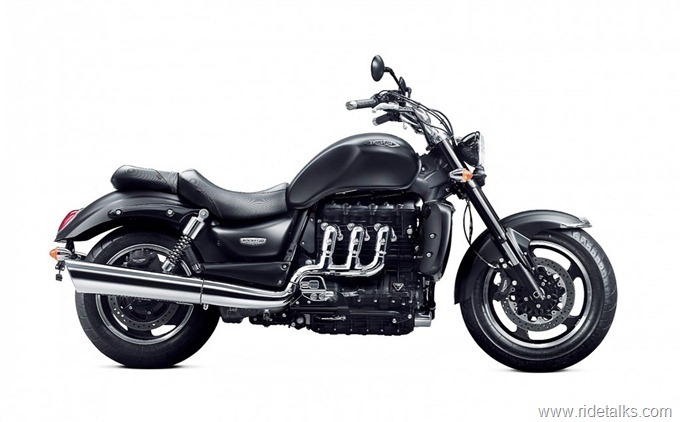 The 2013 Triumph Rocket III Touring is the one for the laid back blokes and even that one does away with the torque restrictor. It gives out 105 BHP @ 6000 rpm and 203 nm 2500 rpm which are enough for doing three digit speeds all day long. The tourer tag gets enhanced in the form of the bike getting loaded with cruiser features. It gets colour matching detaching lockable panniers, a quick release screen and a spring mounted footboard for the comfort of touring. Tourer or Roadster? I will go in for the Roadster. 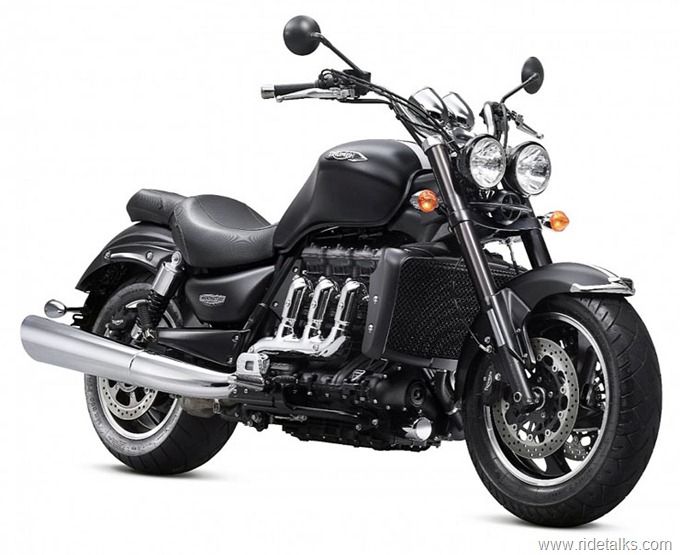 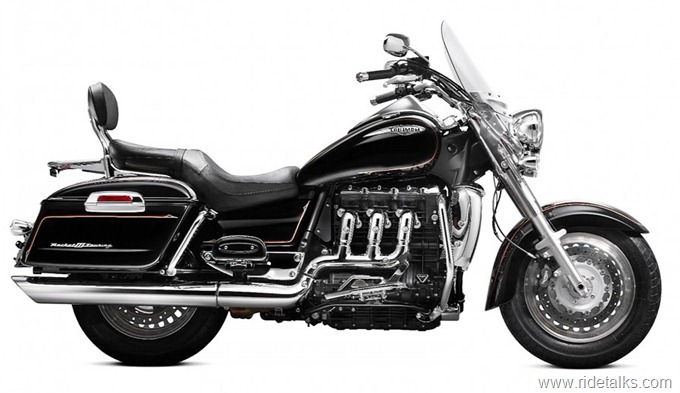