Every time you are in a crash on your beloved bike, it takes you a couple of minutes before you can recover from the concussion but even after that, your head is still buzzing. Now with the 2013 AMA Supercross about to kick-off, what will also get kicked off will be the crashes at those turns where everybody looks to go ahead and the crashes which happen once you’ve been in air for some time. Now the GEICO Honda 250SX has devised a measure which saves rider’s head by decreasing the impact of the fall.

The team has opted to wear a new type of helmet which has been built using their in-house kinetic-energy management system. The helmet has been built by y 6D, an emerging company in Brea, California. It looks like a standard motocross helmet on the outside but there’s a lot more to it than you can actually see. It has been named at ATR-1 and will be worn by Eli Tomac, Wil Hahn, Justin Bogle, Zach Bell and Zach Osborne. 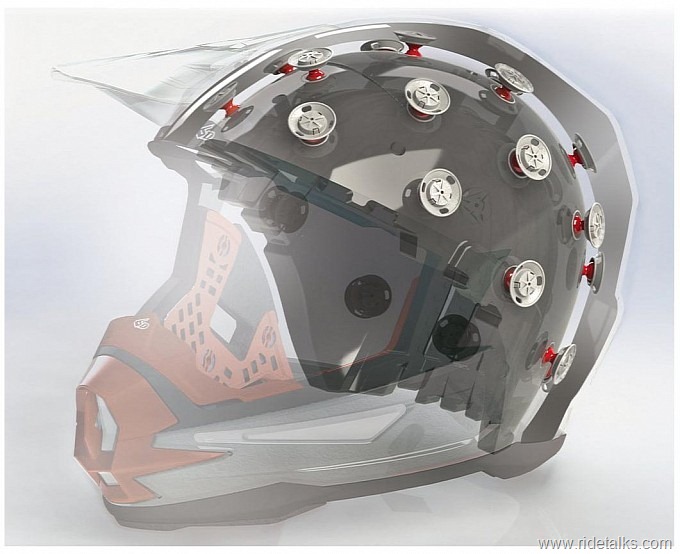 Under the shell, it has a double energy-absorbing liner made of expanded polystyrene (EPS) instead of the standard single liner on the other helmets. Between the liners is a “very specific programmed array” of 27 hourglass-shaped elastomeric dampers which is the basis for a “free-motion” suspension for the head and at the same time creates a small 6mm air gap. The dampers, come with a rapidly increasing spring rate under compression, let the split liner to move in all the directions inside the helmet to give a better performance upon crashes and prevent the rotational brain injuries caused due to angular acceleration. The helmet still has to go under a lot of tests before it hits the tracks but we don’t believe it would fail in those aspects. The people behind 6D, Bob Weber and Robert Reisinger are some of the most respected people in the motorcycle community. These helmets will go on sale in February 2013 and will be priced at $750 a piece. They may seem pricey but then no price is too big for saving your precious head. 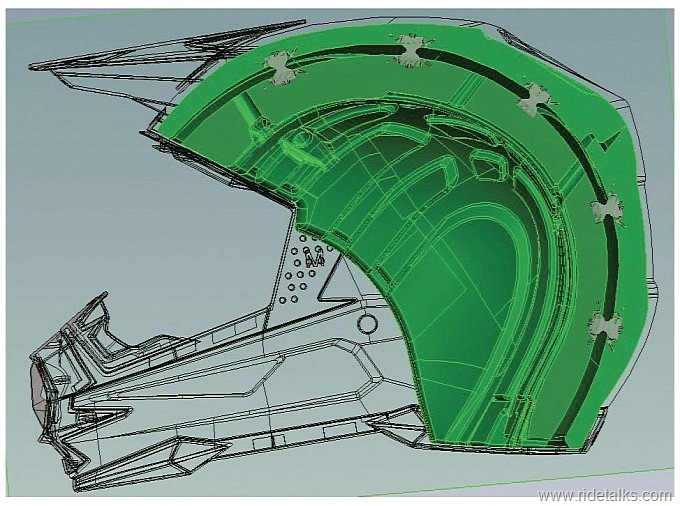 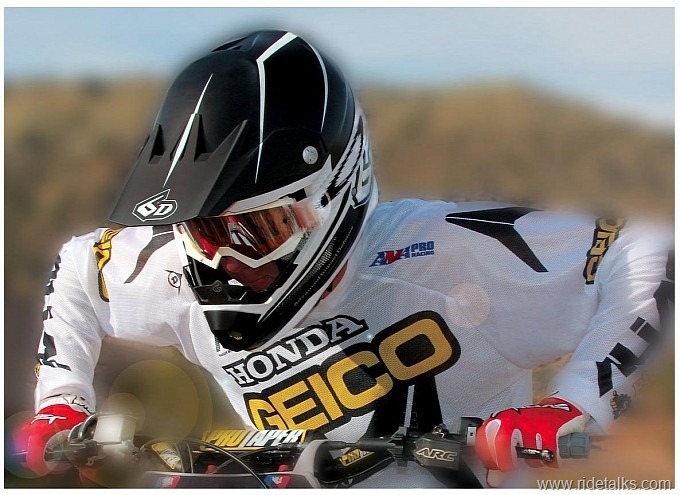