The 2013 CBR500 sport bike from Honda was spied a few weeks back. Later then came a couple of images that were published in a Thai magazine which though were quite close to the actual appearance of the motorcycle, were not official. Recently a couple of more and clearer pictures of the CBR500 have surfaced the internet and interestingly the motorcycle was not spotted alone.

These pictures show the fully faired CBR500, CB500R naked roadster and CB500X adventure touring motorcycles in their most perfect form, while they were being taken during the filming of an advertisement campaign. 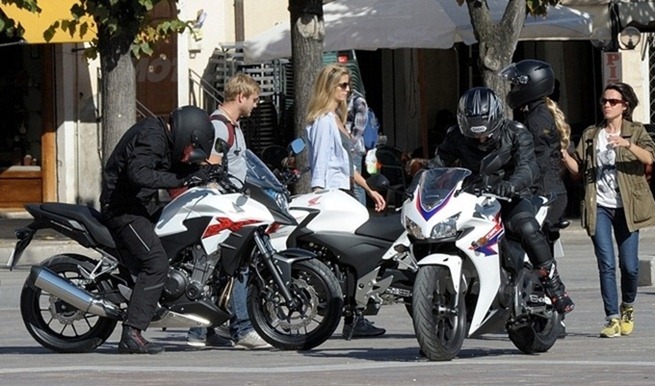 These pictures does interest us as all the motorcycles look very pretty and interestingly these pictures have surfaced just ahead of the official unveiling of these motorcycles at the 2012 EICMA motorcycle show which is scheduled to happen next month. 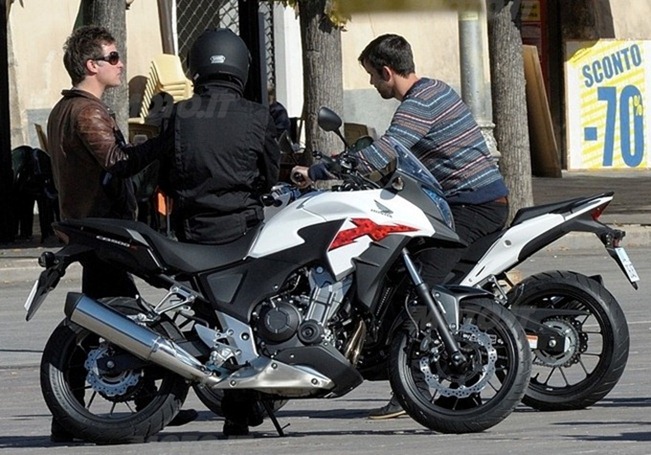 All the three motorcycles – CBR500, CB500R and CB500X, will be powered by the same new, liquid cooled, parallel twin, 500 CC engine which is expected to produce a maximum power of 47 BHP and 40 Nm of peak torque. The size and power output of the engine will help it qualify for the new A2 license which will come under implementation from January 2013. 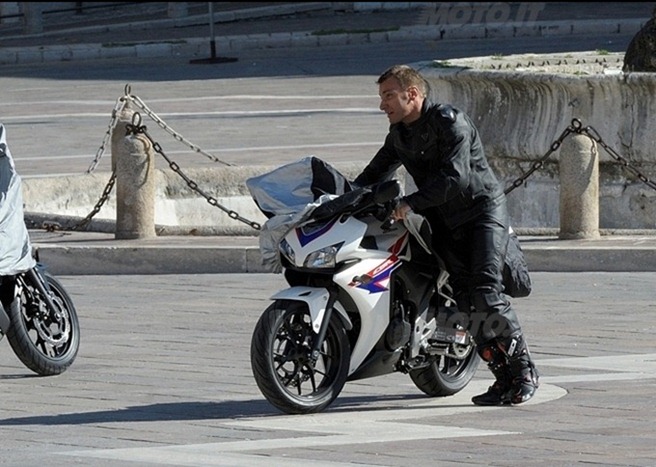 The 500 CC twin cylinder engine is essentially 2 CBR250R cylinders arranged in a parallel layout. This forces us to assume that the engine will have 76 X 55 mm bore and stroke layout. In fact the top of the line CBR1000RR sportsbike also features the same bore and stroke size, meaning the new 250 CC and 500 CC engines’ designs could be derived from the 1000RR’s in-line 4 cylinder motor. 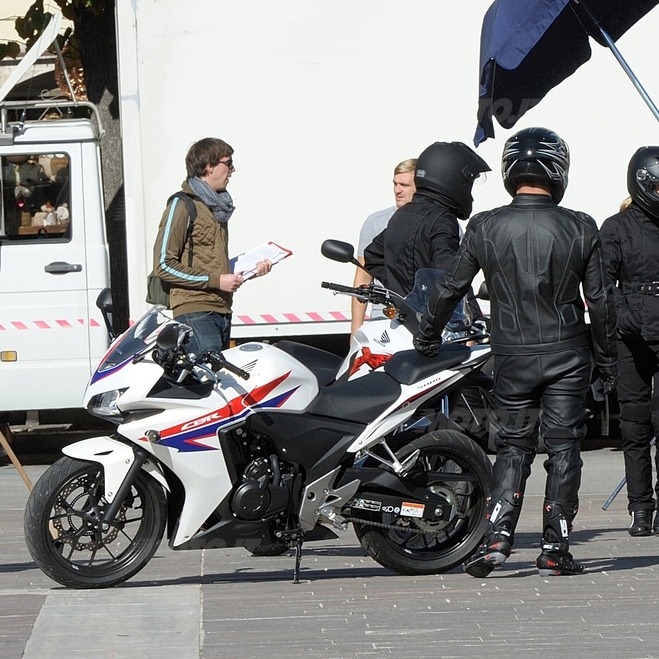 Some of the innovative features that would be making their way into the 500 CC engine are a new cylinder sleeve for better heat dissipation, roller rocker cam followers etc. The engine will come mated to a 6 speed gearbox and ABS will be available as optional on all the three motorcycles.

Some of the toughest competitors for the motorcycle will be the Kawasaki Ninja 400R and the upcoming KTM Duke 390. Pricing wise the bikes are expected to give cut throat competition to the 400R and Duke 390.