The 7th edition of the World Ducati Week started off on 21st June and came to an end on 24th June, yesterday. This Bologna based bike manufacturer has a reason to celebrate back at home as this year’s World Ducati Week witnessed record braking attendance.

The event is held each year but this year it was a little more special with an incredible 65,000 visitors. This is the biggest ever WDW the appeal of the brand is so widely spread that almost 30 percent of the visitors were known to be from other parts of the world such as USA, Europe, Australia, Russia, India, Brazil, China and Malaysia and with countries such as Gabon, Iceland and Nepal. 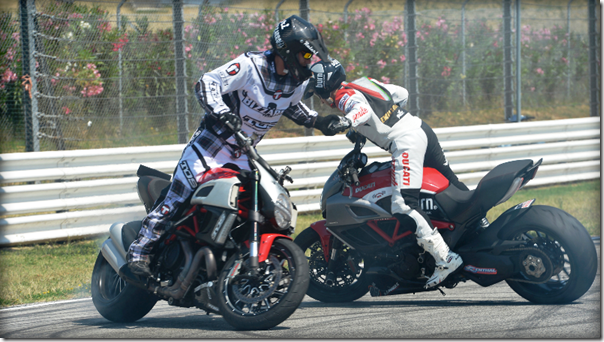 A very special event organized during this week was Saturday’s Drag Race by Tudor. Why we call it special is that popular riders like Valentino Rossi, Nicky Hayden, Troy Bayliss, Carlos Checa, Jakub Smrz, Sylvain Guintoli, Niccolò Canepa and Lorenzo Zanetti had a friendly yet fierce competition on a drag strip on their respective Ducati Diavel bikes. 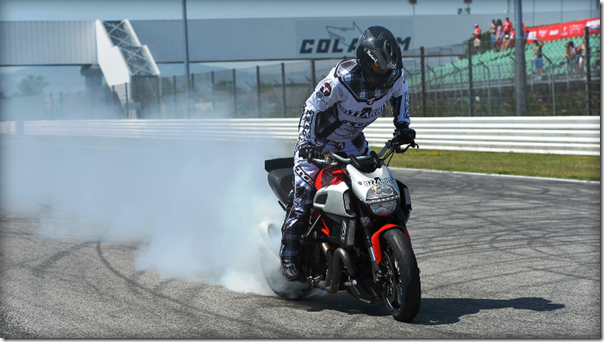 In the early elimination stages the cheered while Valentino Rossi and Troy Bayliss go through the exclusive final showdown. The winner of the race Bayliss clocked an impressive 6.306 seconds to reach the finish line while Rossi’s time was 6.329 which put him in the second place with Hayden and Checa coming third and fourth respectively. 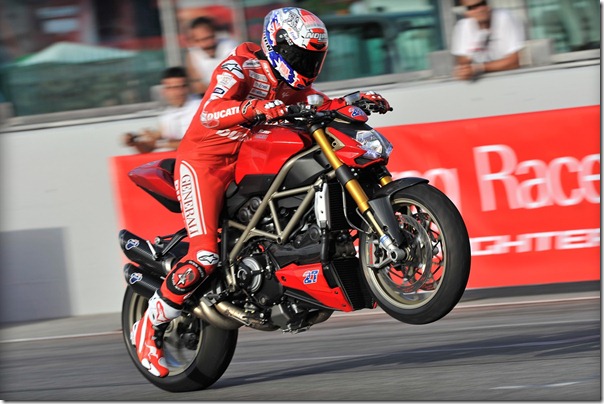 Since Thursday the week has attracted thousands of riders and the drag race was surely the center of attraction for this enormous crowd. Immediately after the race ended, tens of thousands of Ducati fans went to nearby Riccione for the unique performance by Ducati All Stars band featuring Steve Jones (Sex Pistols) Duff Mckagan (Guns N’ Roses) Franky Perez (Pusher Jones) Steve Stevens (Billy Idol band), Billy Morrison (The Cult) and Isaac Carpenter (Loaded). 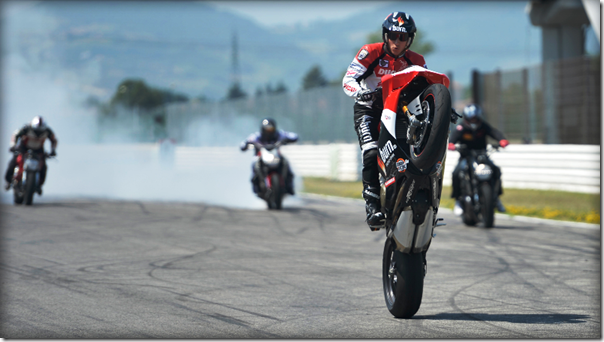 Some vital numbers form the World Ducati Week include – a record number of 65,000 visitors, 11,520 laps made by motorcycles and cars over 4 days span, 61 different activities on 4 tracks, 52 nation’s participations and lots of party and celebration!

No event for riders can be as better as World Ducati Week and we are sure next year, there will be another record braking attendance.