Earlier this month, KTM unveiled its 1290 Super Duke and Duke 390 for USA. Now visordown has spied touring version of KTM 1290 Super Duke, 125 and 390. The Austrian manufacturer, KTM has been testing these bikes on the roads of Spain. Though only the spied pictures of KTM 1290 Super Duke tourer are available, visordown says that KTM is working on the touring versions of KTM 390 and 125 as well. In the Super Duke range, KTM already has 990 Super Duke based touring motorcycle named as 990 SM-T. KTM 1290 Super Duke based sports tourer might thus be named as 1290 SM-T. KTM has been quite successful in European and Asian markets and customers seem more interested in sports tourer motorcycles, thus seeing these spy shots, KTM seems to be making a good move in the market to lure more and more riders. 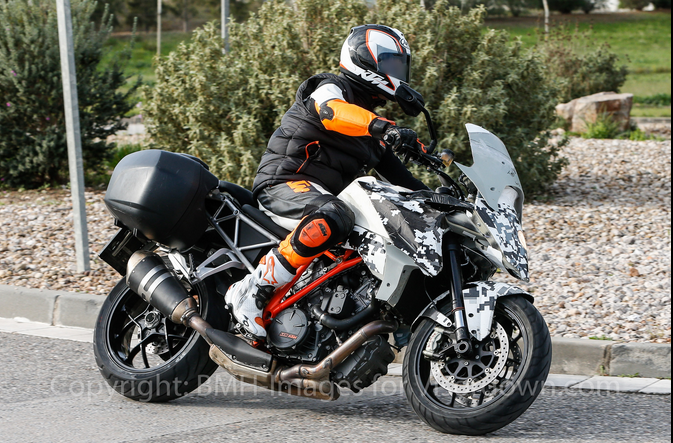 The touring version of 1290 Super Duke gets a new headlight and a pillion seat for holding bigger sized touring panniers. It also gets a windscreen and a raised handle bar for comfortable upright position. Rest of the features of KTM 1290 tourer  remains similar to Super Duke 1290 R which gets a 4- stroke, two cylinder engine that churns out 132 kW (180 hp) peak power and 144 Nm maximum torque. Thus, touring version of 1290 Super Duke will  be more like a sports touring motorcycle.

What is Sports Touring Motorcycle?

A sports touring motorcycle combines the features of a sports bike and a touring bike into one motorcycle. These motorcycles usually draw their engine from the existing version of the bike and provide more comfort and safety to the rider. They come with a windscreen for protection against bad weather, a frame to provide upright seating position which is more comfortable than aggressive riding position. They may also have a larger fuel tank. They have fairly high ground clearance to give an unmatched riding performance on rugged terrain. Some of the sports tourers also come with adjustable suspension, navigation sysytem and adjustable windscreens. 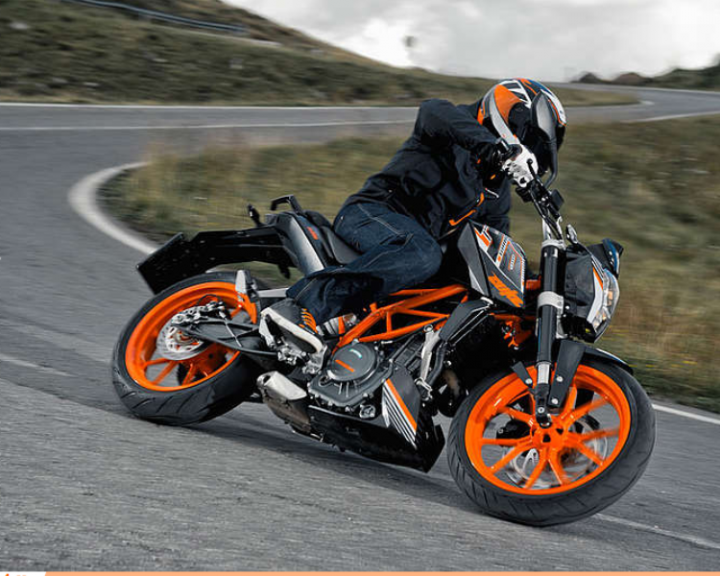 Naked Duke 390’s outgoing version is agile, fast and sporty. It features single-cylinder 4-stroke water-cooled engine which produces 32 kW (43 hp) of maximum power.The touring versions of  Duke 390 and 125 which were spied are believed to have different sub-frame and rider rear-sets. Duke 390 on the other hand features side-mounted exhaust which looks quite different from the underbelly silencer in the outgoing version.