The 2012 International Motorcycle Show is currently going on in Cologne, Germany and every global two-wheeler manufacturer is flaunting its 2013 line-up. But for Suzuki, the show is a little extra special as it announced as many as five new models including the highlight, Suzuki V-Storm 1000 Concept.

Inspired by Suzuki’s DR Dakar race bike, the V-Storm is the most advanced motorcycle designed by Suzuki for the adventure class. The bike equips a 1000 CC liquid cooled V-Twin engine fitted on a lightweight aluminum chassis for unmatched performance and handling which is further complemented by a top notch traction control system. 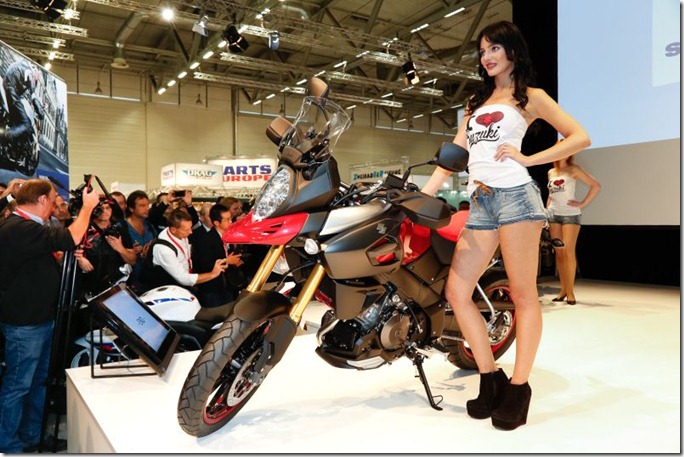 What is disappointing is the fact that it is unlikely to be launched shortly, as it is a concept model, but gladly Suzuki has confirmed that they are interested in building a production model of the same which will hit the dealerships along with the 2014 model year line-up.

What is really interesting here is that the concept model largely differs from the 2012 V-Storm and expresses a relatively modern design. From the front to the side to the rear, all seems to have changed drastically and undoubtedly it is one of the most advanced bikes ever built by Suzuki. We are sure the new touring/adventure motorcycle will go a long way and hope it hits the production line sooner. 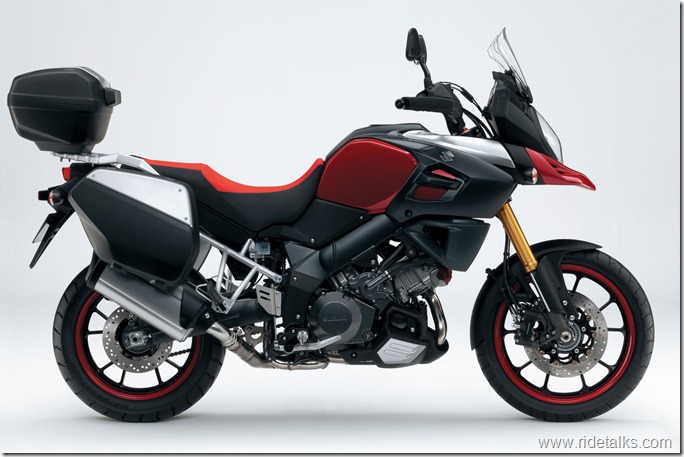 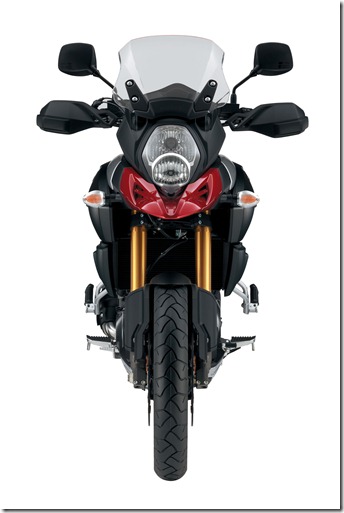 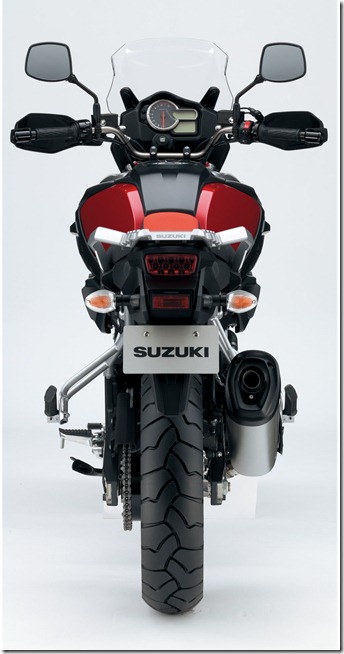 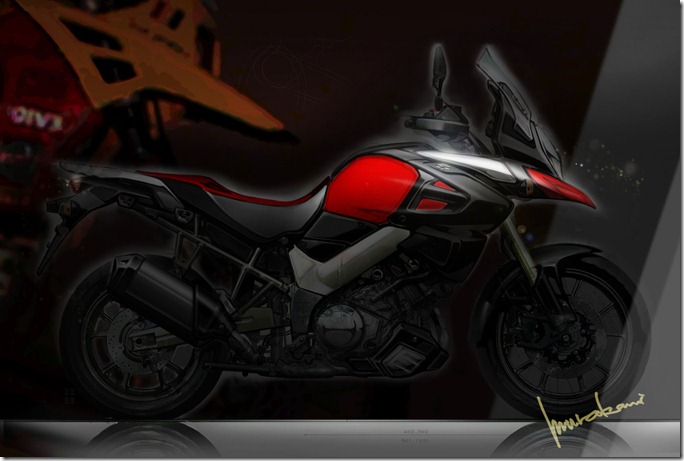 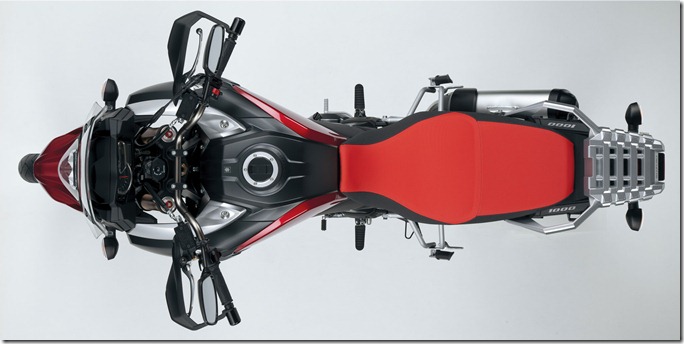 Official price and specifications will be announced sometime later when the production model of the 2013 Suzuki V-Storm 1000 is launched. We will bring you latest updates when the launch happens, stay tuned to Ride Talks by signing up for our FREE email newsletter.