For a while now, MV Agusta is working on a new 3 cylinder motorcycle which was not named until now. MV Agusta boss Giovanni Castiglioni has officially spoken about the bike and has named it ‘Rivale’. Translating as ‘competitor’, ‘contender’ or simply ‘rival’, the bike will be a road oriented machine with lots of character and Agusta attitude. the motorcycle will be an all rounder and being a new concept it will have elements of a supermoto and enduro bike.

The bike will feature a 675 CC engine which is the same engine that will power the soon-to-be-delivered MV Agusta F3 and soon-to-be-unveiled MV Agusta Brutale 675. Expectations are that that the Rivale 675 will compete with one of the best in its class, the Ducati Hypermotrad 796. As of today MV Agusta has a number of projects in hand, including the ones we just mentioned and an F3 based supermoto style street bike. 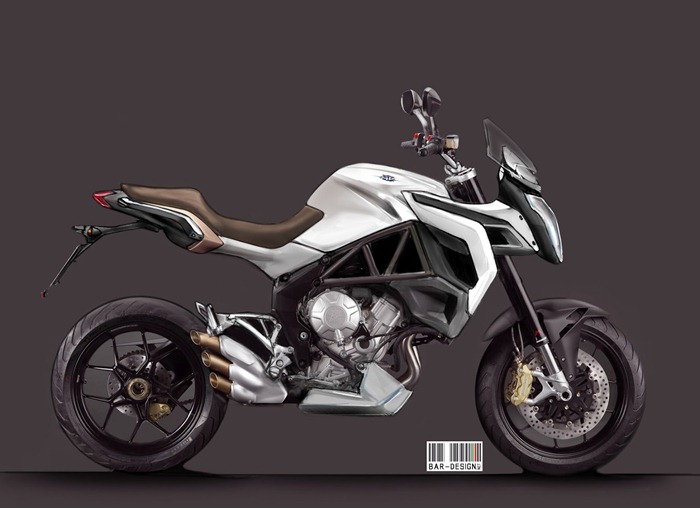 Expectations are that MV Agusta will unveil the Bruatale 675 at the EICMA in Milan later this year so we hope to see MV taking the wraps off the Rivale somewhere in 2013. Since it will be belong to the 675 CC league which the Brutale 675 is also a part of, we expect the same exhaust, seat and frame designs on the Rivale. The headlights too could be shared with Brutale though a little fairing will be there to distinguish it and make it look like a hypermotard. 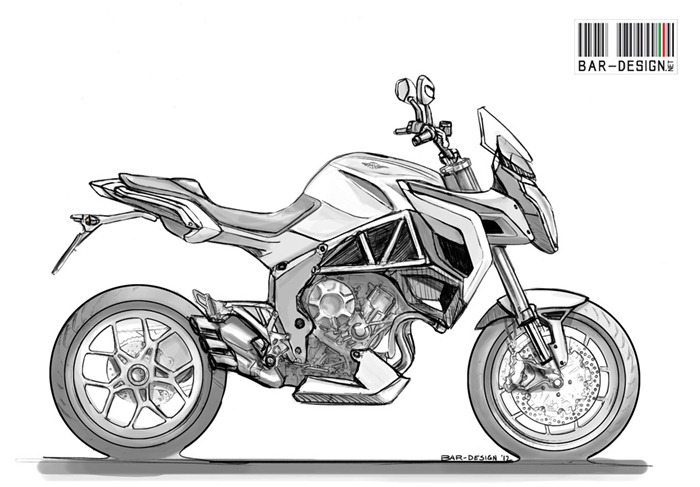 ut the situation here is a little skeptical as MV Agusta is facing some financial difficulties which is a truth. It is a little confusing and we are unsure whether the F3 will actually make it to the market, and also that Brutale 675 is being teased to the market way too ahead of its expected launch date makes us wonder whether these projects are in their last phase or is it a strategy to secure funds for future projects.

We do hope what we are saying does not turn true and we expect some great Agusta motorcycles heading toward the International market.