The Mahindra Rodeo, the latest offering in the line of gearless scooters from the Mahindra  Two Wheelers India’s stable has won the Pit Stop Monsoon Rally in Nashik, Maharashtra, India. The Mahindra Rodeo was driven by Shamim Khan in the rally which spanned over a length of 170kms and the terrain included mud, slosh and rocks. This is the first year the Rodeo is participating in such a rally. 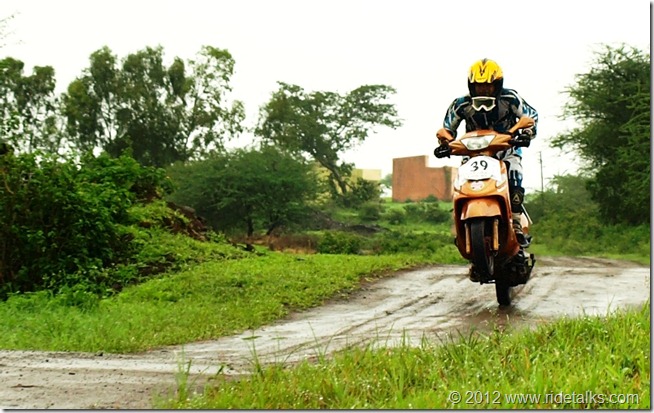 “Shamim and the Rodeo RZ have yet again proved that they are an unbeatable combination! The fact that the new Rodeo RZ emerged victorious on such a challenging track is clear testimony of its maneuverability, power and ability to negotiate tough conditions. My congratulations to Shamim and in future, we will see this winning duo take on many more such challenges.”

National champion Shamim Khan started his career in the year 2000 and has been dominating the local Maharashtra rallies for almost five years now. 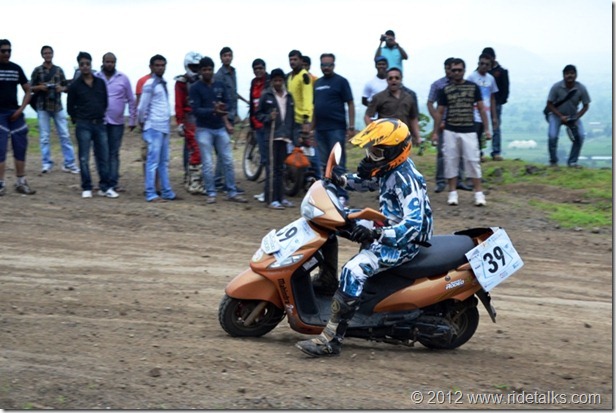 In addition to the Gulf Monsoon Scooter Rally, Shamim also rode the Mahindra Rodeo to victory in the Gulf Dirt Track National Championship – Round 1 in Mangalore, Round 2 in Aurangabad and the Rotary Rotocross (Autocross) for 2 wheelers, both in 2012. After securing a successful pole position in the Pitstop Monsoon Rally, Shamim commented that

“This is a thrilling victory for me as it’s the very first time I’ve participated in the Pit stop rally. The new Mahindra Rodeo RZ performed admirably in spite of the demanding nature of the track and complimented my riding skills very well. I look forward to participating with the Mahindra Rodeo RZ in future rallies as well.” 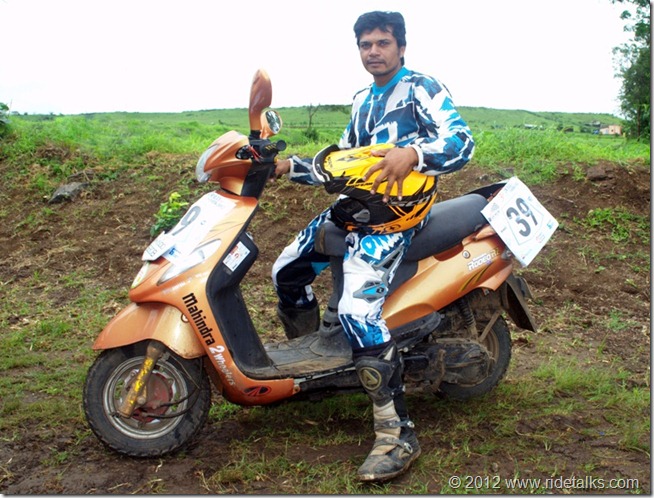 The Mahindra Rodeo is powered by a 125cc, 4 stroke gasoline engine that develops 6KW of power at 7000 RPM and 9Nm of torque @ 5500RPM. It can reach a claimed top speed of 80 km/h. It is built on a tubular chassis and suspended via telescopic forks at the front and swing arm at the rear. Rodeo is a mass market product from Mahindra Two Wheelers which competes with other popular products from rivals like Honda Activa and Suzuki Access. Stay tuned for more updates by signing up for our free email newsletter.