And it is sold. Husqvarna goes to KTM. Yes folks, you read it right. BMW’s dirt bike brand has just been acquired the world leader in off road biking, KTM precisely six years after BMW bought it from Cagiva MV Augusta. The brand has been sold to Pierer Industrie AG, which is the parent company of Mr.Stefan Pierer who owns the majority stake of 51 percent in KTM. One competitor less for KTM it is then.

BMW has stated that “In the context of changing motorcycle markets, demographic trends and increasing environmental demands, BMW Motorrad will expand its product offering to exploit future growth potential. The focus of the realignment will be on urban mobility and e-mobility.” which we believe is just a way of saying that they could not manage the brand well to be precise. 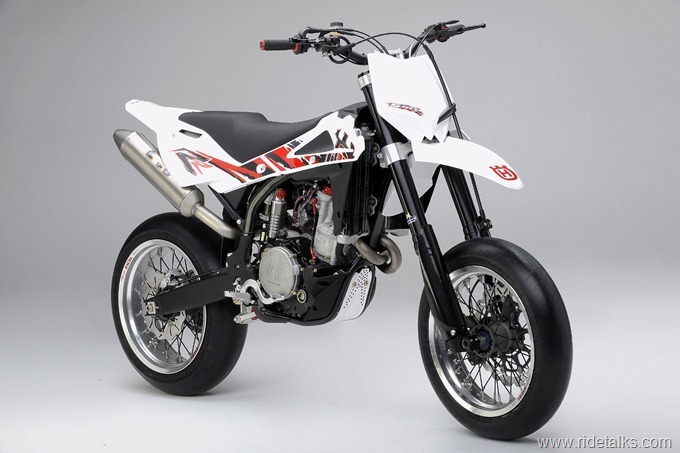 Even though KTM will be competing with Husqvarna in Europe but as a result of acquisition, KTM will use its own platforms to develop bikes for the brand. Pierer has gone on to say that the brand Husqvarna did not really fit in BMW’s future plans and he aimed to end the losses that the dirtbike brand has been incurring under BMW by the time the year 2014 ends. KTM’s sales are increasing every year, and the Husqvarna will be using the company’s experience to get a stronger footing.

“I love KTM, I’ve owned lots of KTMs, and I think there’s plenty of room for our Husqvarna brand’s “Ride More” and KTM’s “Ready to Race” taglines. I’ll let you know more when I can,” is what Husqvarna North America National Marketing Manager Corey Eastman. That pretty much seals the deal. KTM will breathe a new life into the brand which sold around 11,000 units in the year 2012. If you can’t beat them, join them. And that’s what has just happened with the KTM-Husqvarna deal.