Bajaj-KTM alliance has been one of the most important ones in the two wheeler market in the country. The partnership gave us the KTM Duke 200 and our very own Pulsar got the same heart as the KTM sibling. Taking the partnership a step further, the company has finally launched the KTM Duke 390 in India for a price of Rs.1.80 lakhs for the ABS model which will come as standard. 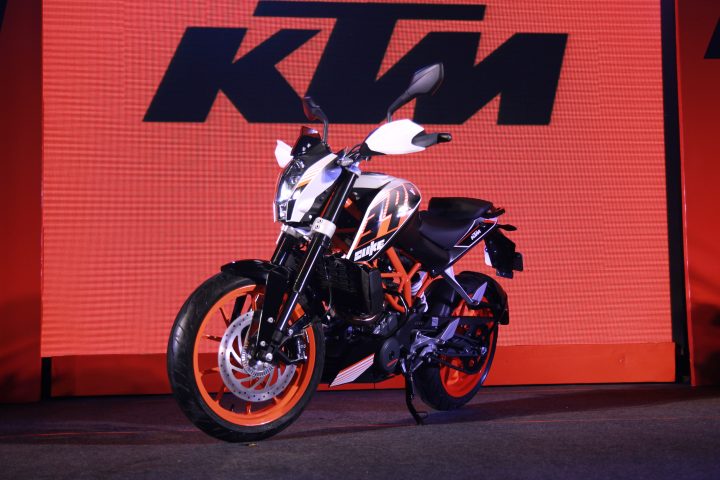 So much so about the price and now let us talk about what the bike brings to the table. The bike is bog similar to the international version of the Duke 390. The KTM Duke 390 has a 373cc four stroke single cylinder motor which will also be motoring the upcoming Pulsar 375 as well. The liquid cooled engine is mated to a 6 speed transmission which will come with a gearbox different from the Duke 200. This new unit will come with a taller 6th gear as compared to the younger sibling for highway cruising and weekend getaways. 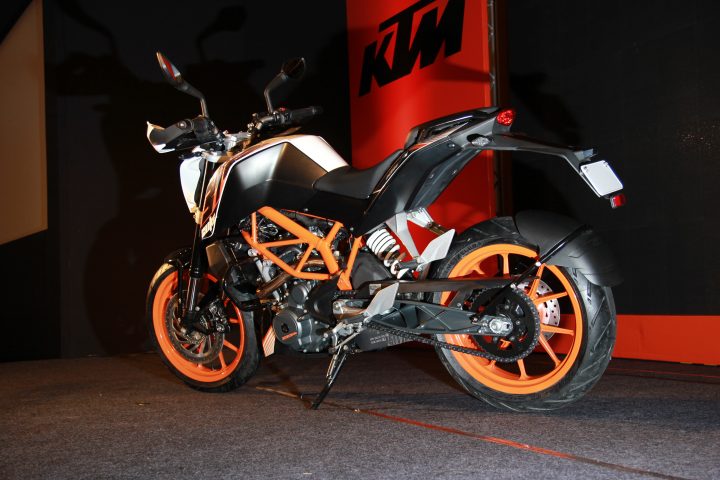 The 373cc, 4-valve motor will be belting out 43 horses @9,500 RPM which will be ensuring you get all the power in the world that you need from the bike. The torque figure will be 35Nm @ 7,250 RPM which will be complementing those 35 horses pretty well. But the icing on the cake is the dry weight of the bike. It weighs a mere 139 kg, giving it a power to weight ratio of almost 300bhp/tonne. What this does is that it gives you an adrenaline rush at the twist of a wrist and lends a lot of agility to the bike.

The bike will touch the 100kmph mark in just 5 seconds before maxing out at 170kmph. The bike goes pretty fast and bringing it to a halt will be the Bybre brakes. The front disc will be a 300mm unit whereas the rear brake will be a 230mm unit. The bike will come with a ground clearance of 170mm which seems good enough for Indian roads. The bike will return around 20-25 kmpl in city conditions and the highway mileage is expected to be similar as well.

The bike looks similar to the younger sibling and that is the part we do not appreciate. When you are buying a bike that is way ahead of the cheaper sibling, you would not really like to be known as the one with the Duke 200. But the breed of performance hungry enthusiasts does not care as to how it is seen by others as what matters is the bike and the performance on offer at the twist of the wrist. The one with a keen eye can make out the difference between the two and the bike will serve you well for years to come.