At the recent Concours d’Elegance Villa d’Este on Lake Como, Italy, BMW unveiled a stunning new bike called the BMW Motorrad Roadster Concept. Shown amidst a host of BMW 328 Roadsters and other pre-WWII classics, the develish naked bike proved to be a showstopper, mocking at the vintage cars with its futuristic renditions and cutting-edge curves. Initially BMW Motorrad had presented the BMW Concept Ninety at the Concorso d’Eleganza Villa d’Este in 2013, which was the company’s modern take on a classic motorcycle with a boxer engine. By contrast, this time round BMW decided to showcase a boxer-powered Concept Roadster at the Concorso d’Eleganza Villa d’Este 2014, to give the world a sneak peek into the future of BMW Motorrad design.

Built around the latest air- and liquid-cooled boxer twin, an 1,170cc engine officially rated 125 horsepower at 7750rpm and 125 Nm of torque at 6500rpm which is transmitted to the rear wheel via a driveshaft. The bike is very compact and looks like it should be light, although BMW Motorrad hasn’t released any official figures.

The Competition of Elegance event, as it always is, a more of a vintage-themed carnival, so the mechanical details are scant. The type of frame structure hidden under the tank is not known, although we can presume BMW drew from its experience with the likes of the R nineT and the HP2 Megamoto, two boxer-powered bikes that use a classic telescopic fork(which we find here in our Indian bikes) instead of BMW’s Telelever unit.

On the occasion Edgar Heinrich, Head of BMW Motorrad Design said that:-

“The BMW Concept Roadster shows that as far as BMW is concerned, motorcycling is about far more than just perfect function. This concept bike is a symbol of how modern and emotional a boxer-powered BMW roadster can be.” 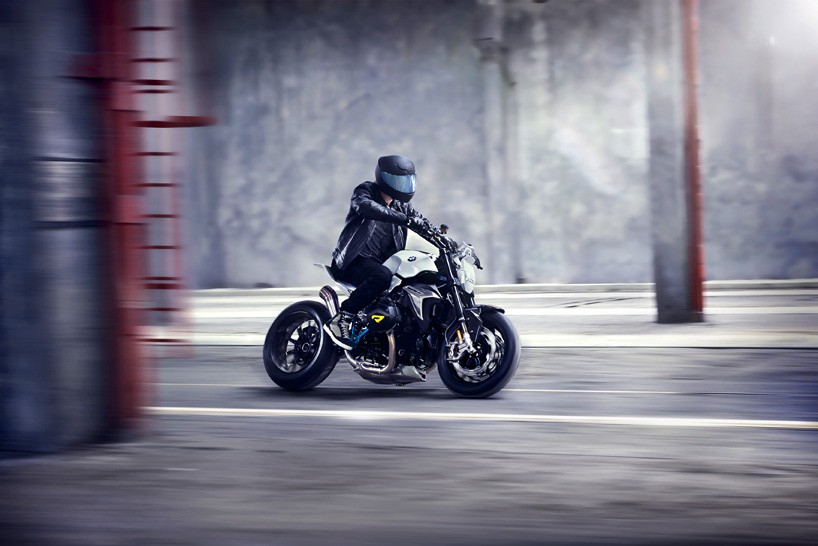 A digital instrument panel sits on top providing all the relevant information to the rider. The fuel tank gets well set knee recess that also look visually appealing and explicitly provides support to the inner thigh and knees of the rider. The valve covers of the horizontal cylinders are influenced by the knee pads from racing suits and should guard the chassis while leaning over a sharp corner on a race circuit, of-course. The single saddle made of Alcantara leather is inspired from motor racing, and is followed by a steep razor-thin rear end, which happens to be a self supporting structure made out of a single piece of milled aluminium. At the rear, we see a single-sided swingarm holding on to the rear wheel and a monoshock suspension in the middle. 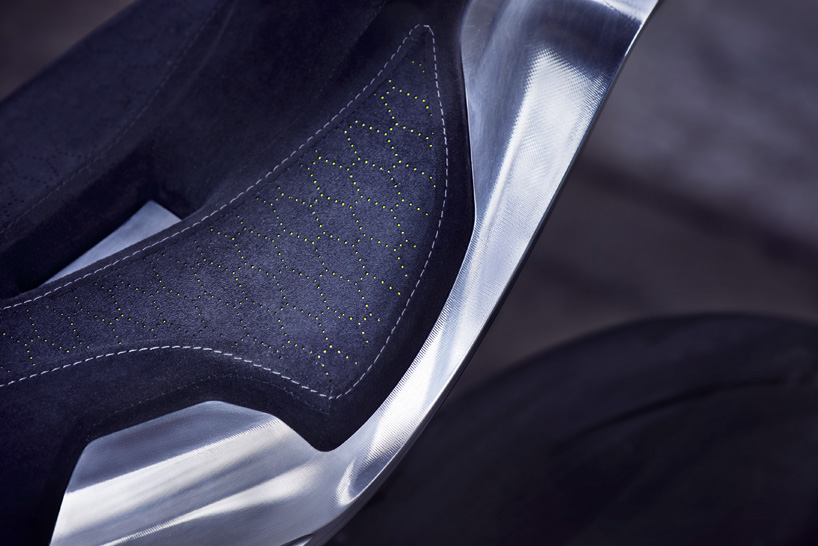 The concept Motorrad’s split colouring – a pearl-white upper section over a blue mainframe and blacked-out engine room – gives it a monstrous road-hugging presence in the front and simultaneously an ultra-light frame at the rear. Artful pieces of unfinished milled aluminium, including the engine air intakes and the kicked-up sky-scraping rear section, add to the visual impact. The flattened full LED headlamps resembles a face for the bike personifying it to a futuristic transformer character. 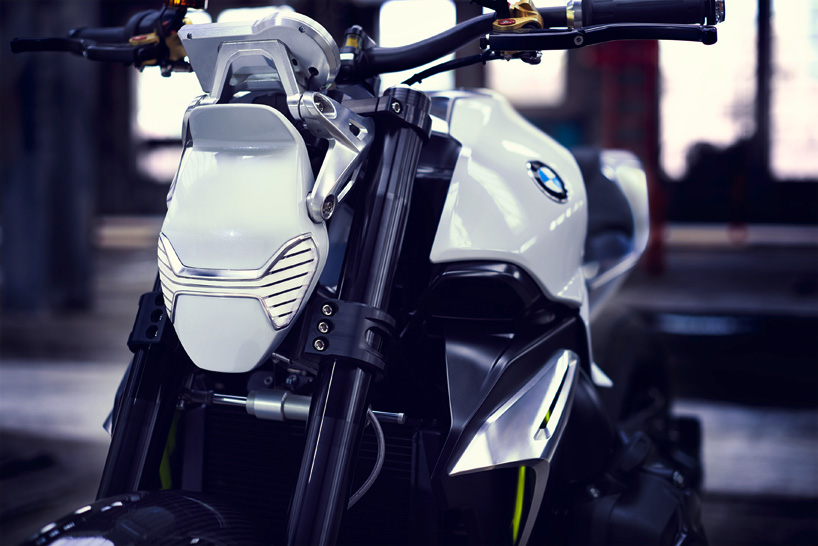 BMW has announced no plans to put the Concept Roadster into production, but there is no question that its radical looks and advanced engineering will inspire the upcoming Motorrad products.

The BMW Roadster Concept also looks rather extreme, and would likely have trouble getting homologated for road use. On the other hand, the Roadster Concept may be the seed from which a new generation of great BMW R series models might germinate.

We will keep you posted on further developments on this, untill then do let us know what you think of this bike!