Now this would sound like music to adventure motorcyclists’ ears. Honda has finally….finally announced that it would start selling the Honda Africa Twin CRF1000L from early 2016. Honda had unveiled the True Adventurer prototype at the last EICMA sending out rumours aplenty of the prototype being the new Africa Twin with Honda being tightlipped rather dismissing the rumours at the outset until now. To add to the good news, Honda has stated that the new Africa Twin will be synonymous and share the legendary attributes of the original XRV650 Africa Twin. Though not many technical details were leaked apart from the displacement in a parallel twin format (as evident from the teasers) with 110 bhp or thereabouts, but the significant feature mentioned was that Honda would be offering the new Africa Twin with dual clutch transmission as an option.

With DCT at the rider’s disposal, it would be obvious to expect manual shifting through switchgear mounted buttons with multiple riding modes. Also other set of electronic aids such as traction control, ABS and different power modes should make it to the burly twin. Honda says that it would be putting all it’s experience garnered from their recent Dakar stints into the new motorcycle. 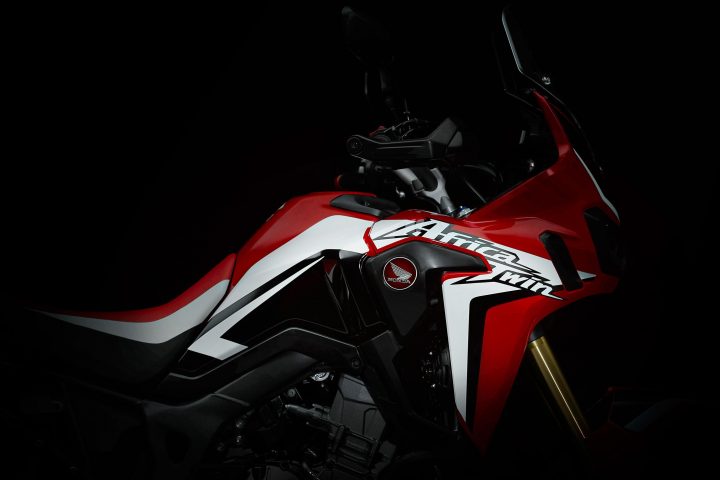 Teaser images show off the body work, golden inverted front suspension, the upswept wind screen, twin LED headlights and blinkers, handguards, a motocross type seat- and the colours that look striking indeed. We look forward to more details on the legendary motorcycle as and when they are revealed.