The Buell Motor company was founded in 1983 by Erik Buell who was an ex-Harley Davidson engineer. In 1993, Harley-Davidson acquired a 49 percent share in the company and by 2003, Buell became a wholly owned subsidiary of Harley-Davidson. In October 2009, Harley Davidson decided to go back to the cruisers and announced discontinuance of the Buell brand. It was then that Erik Buell founded the Erik Buell racing company.

Buell had only recently entered the then liquid cooling era of bikes when they were shut down by Harley Davidson. When Buell first displayed its state of the art 1125 cc V-Twin in 2007, it was a combination of all sorts and finally Erik Buell had an engine to which he could fit into an incredible chassis he had. Things seemed pretty bright then but that was only till Harley-Davidson decided to put an end to the racing division. 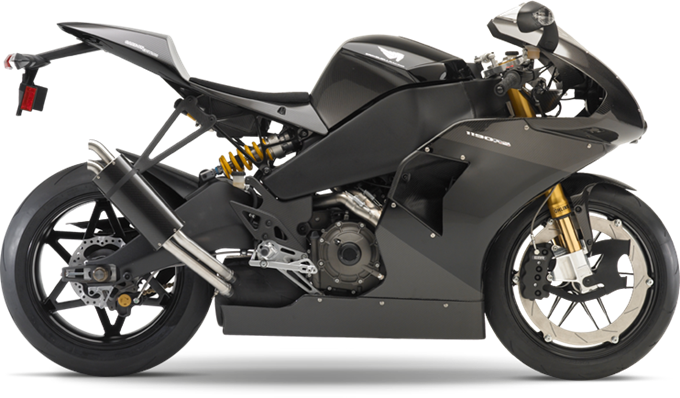 The Buell racing bikes were never meant for the common. They would either be race bikes or limited edition bikes with a very few production units to keep them exclusive. There were only a few people who would go in for such highly priced bikes. Their 1190 RS which costed $40,000 still remains one of the costliest bikes on offer but if i had that amount of money, I would have had bought it there and then.

The Erik Buell Racing’s websites has a teaser up for three new models RX, SX and AX which we believe will be Racing version, Sports Version and an Adventure Version respectively. Buell lost finances when Harley shut it down. But the veteran Erik Buell refuses to stop. He got a commitment from GE capital, and with this feat EBR looks to establish a dealer network and put their concept bikes to production. The bikes are expected to be priced below $20,000 when they reach the US markets in 2014.

Erik Buell had a dream to develop state-of-the-art motorcycles which were going to offer a performance only few could handle. He looked on route of his realization of the dream when Harley Davidson bought the company. But then, it hit a rough patch and Harley pulled out. But with new capital commitments, he appears towards realization of his dream. We respect the man more than we can express and we are just going to wait and watch what he does next.