Its men whom you associate with biking but in today’s world where women are doing better than men in a lot of aspects, how could the world of motorbiking be left behind. Bikerni, an all women motorbiking club in India has been gaining popularity from the last 2 years since it was founded and it is stronger than ever before with women on motorbikes joining the club every year in a number bigger than the last time.

“Many people feel that biking is only for boys and are surprised to see a large group of women bikers,” says Urvashi Patole who was the founder member of the women biking club in India. Firdaus Shaikh is her other partner and the two of them founded it in Pune, a city in India. “Urvashi and I would do a lot of bike stunts and each time, we would notice that we were amongst few girls in a sea of men. Sometimes, it’s nice to have female company,” is what the co-founder had to say on the second anniversary of the club which was on January the 15th. 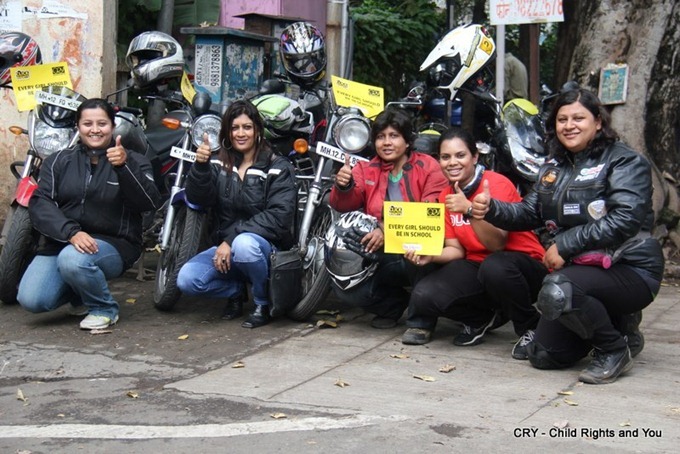 It was a group 11 bikers when it started out and today has over 200 members with members from UK, Middle Eastern Countries and Germany. It has also been recognized by the Women’s International Motorcycling Association and the trips that the group has accomplished are the ones that most of the men would shy away from too. Their biggest feat has been the trip of the Delhi–Khardung La route which is the world’s highest motorable road. Its only befitting that they had members from abroad too.

The number of women who ride bikes in the country of India has increased from 3 percent to 5 percent since the inception of this group and the group’s oldest member is a lady aged 54. Any girl with a valid driver’s license, a helmet and a bike can join the club. Breaking the shackles of conservatism are these 200 odd women from a country like India who share the same passion for biking as the men and it’s never been stated explicitly that bikes were meant for men. R-E-S-P-E-C-T.