We bring you the news about the Dukes, the Harleys and the likes. These companies bring to the market some of the costliest and high performing motorcycles. But there’s another segment in emerging markets like India and Africa which are solely based on 100 cc commuter bikes which form a major chunk of the bike market in these countries. Markets like U.S. and Europe may be dominated by the Dukes and the Harleys, but the volume segment is what brings sales numbers and the Indian bike manufacturers aim to take over that segment as much as they can.

Many many not even know, but India’s homegrown brand, Hero (earlier known as Hero Honda) sells the bike Splendor which has had an almost unchanged 97.2cc engine over the past decade or so, manages to sell around 1,50,000 units in a month. There is another bike marquee from India, Bajaj which has quite a high stake in our very well known KTM and has been the reason for KTM being able to price their products aggressively all well over the world. The brand is known for bringing performance motorcycles at a budget in the Indian sub-continent. 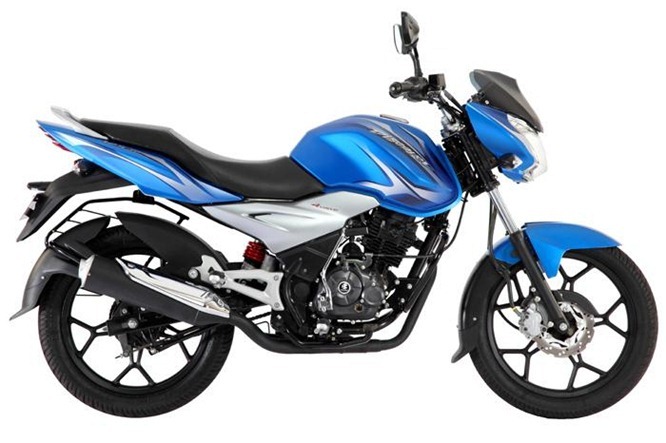 image – Bajaj Discover for illustration only

Bajaj is going to launch a 100cc bike in on the 7th of January 2013 in India and it is believed to be most technologically advanced 100cc bike ever and will be the costliest one too. Bajaj Auto President K Srinivas said,

Bajaj has been emphasizing for a while now that this will be the most advanced 100cc bike and shall be a game-changer.

Bajaj had also brought out quite a technologically advanced 125cc bike earlier this year and they look to replicate its success in the 100cc segment. The official details of the bike are under the wraps as of now but yes, it’s USP will be its fuel efficiency which is expected to be around 75 kilometers to a litre. Bajaj realizes that customers now need some sort of a performance from their bikes without compromising on the fuel efficiency. This bike, well, sounds quite fun to drive and at the same time will be offering a high fuel efficiency. Bajaj has been for bringing changes to the way we commute, and this bike has quite a lot of expectations. We hope it lives up to them too.