For months we have been seeing spy shots of the upcoming 2013 Daytona 675 from Triumph which is one of most potent bikes in its class and recently a couple of more pictures surfaced the internet. While the earlier spy shots were in heavy camouflage, the latest pictures are pretty clear and reveal a lot about the 2013 iteration.

The motorcycle has not been officially unveiled to the masses and the launch is scheduled to take place next month, but well ahead of that these wonderfully clear spy shots have emerged. 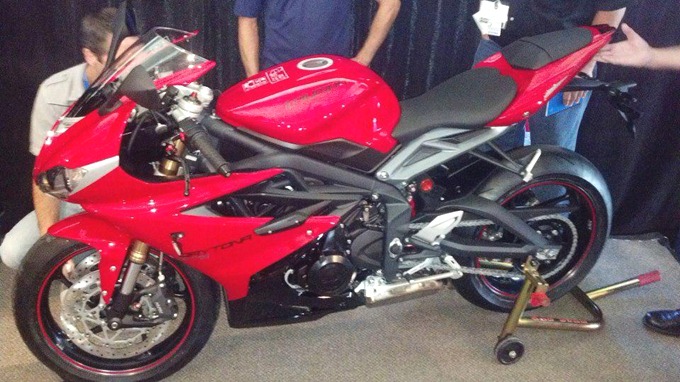 Presumably taken at a dealership, the images reveal a lot about the motorcycle and theses updates evidently match those of the 2013 Triumph Street Triple. The obvious changes that we see in the pictures are as follows: 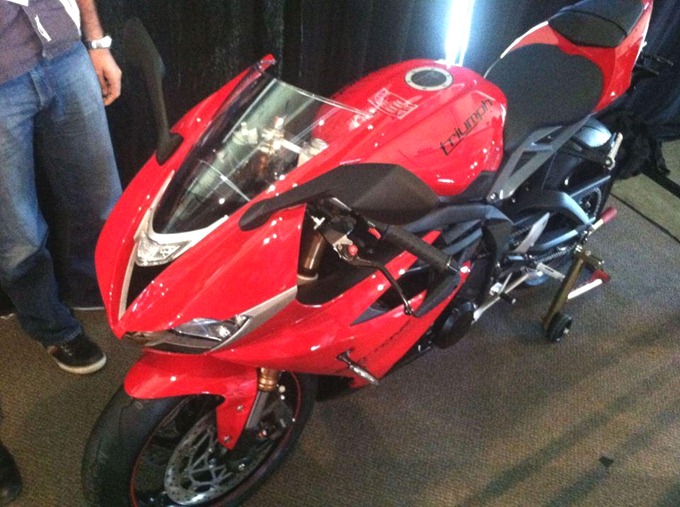 Talking about the engine that the motorcycle equips, it is already known that Triumph has made some modifications to the engine. But we also know that not much improvement has been made in terms of performance. The EPA homologation documents released for the motorcycle earlier this year show that the total power output which was 123.6 BHP for the 2012 model, has now been increased to 126.3 BHP for the yet to be revealed model. Now whether this claimed power output actually means something when it comes to real world driving, is yet to be seen. 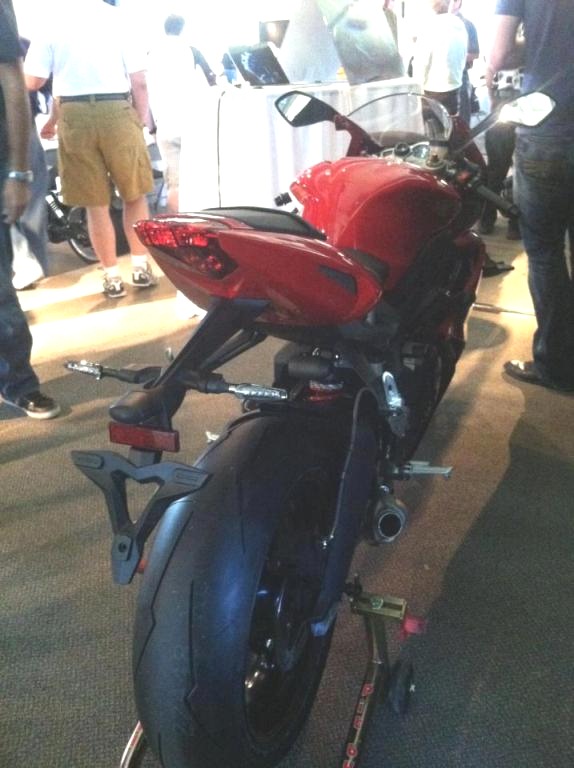 Beside the aforementioned changes, what more we see on the motorcycle is the silver stripes which are o either side of the headlights. These are just stickers to enhance the appeal of the front without actually investing a penny into the production of a new headlight design. It is a smart move for sure and does make the headlights look more prominent from the sides.

The fairing has also been restyled with more use of black, making the front look short and revealing. The seat of the motorcycle, thanks to the under belly exhaust, is far slimmer and also features a new tail lamp.

We expect to see the new Triumph on November 15 at EICMA in Milan.