Husqvarna is a legendary brand that has been manufacturing motorcycles since early 19th century is continuously showing its dominance in motocross world for quite some decades now. Currently owned by BMW,  Husqvarna manufactures motocross, enduro and supermoto motorcycles.

Now after enjoying a record breaking year, Husqvarna has announced its 2013 line-up that will feature numerous upgrades. The 2013 CR125 model has been unveiled and after going over the same we noticed a couple of changes. Including CR125, no fewer than 11 models of Husqvarna have been revamped than its Italian-made models and many of them feature the signature Red Head engines that draw inspiration from Ferrari’s legendary car, Testarossa. Beside these specific changes a couple of changes made in general are also there. These changes include black handgrips, a handlebar pad, updated graphics and improved sticker quality. All the models that sport 250 CC and 310 CC DOHC engine now feature the Red Head top end with a Formula one inspired piston, a new cylinder block and Keihin fuel injection. Unlike previous generation models that featured shim-and-bucket valvetrain design, the new generation now gets finger-follower configuration. Other changes on the technical level include large diameter valves, longer duration cam for better intake of air-fuel mixture. 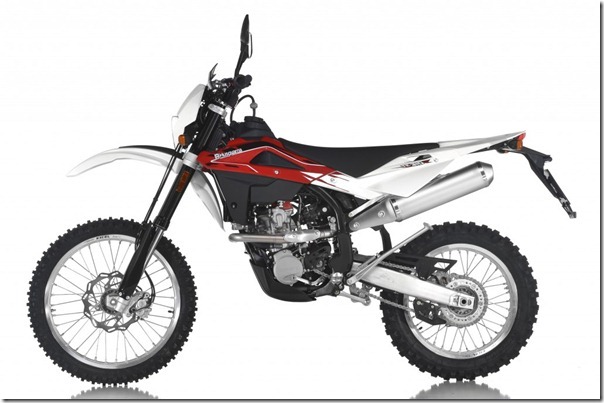 The TE449 and TE511 dual-sport models now get more compact handlebar switches with waterproof connectors and a revised fuel-system catch canister. Upgraded tires also come alongside. The CR125 has been priced at $6299 which comes with top-kit which includes s cylinder and piston for no extra charges.

Sign up for our free email newsletter for free updates.