The Honda CRF450 Rally will be the first factory bike since 1989 to adorn a Honda badge which would go in the rally competition. 1989 was the year when Honda won the fourth Paris-Dakar in a row. The bike has been based on the production ready CRF450X. Team HRC Director and Project Leader Katsumi Yamazaki has said that the only part which has been brought on the bike from the stock bike is the gearshift lever.

“The CRF450X weighs just over 100 kg [220 pounds], but the CRF450 Rally is much heavier and has a higher speed range. For this reason, the suspension springs we used have different diameters, are made of different materials and have different strengths. So, yes, we changed everything except the gear change pedal,” is what Yamazaki had to say in a TeamHRC.com interview. The bike comes with a bigger fuel tank and better navigation systems which would be easier to read and operate for the riders. 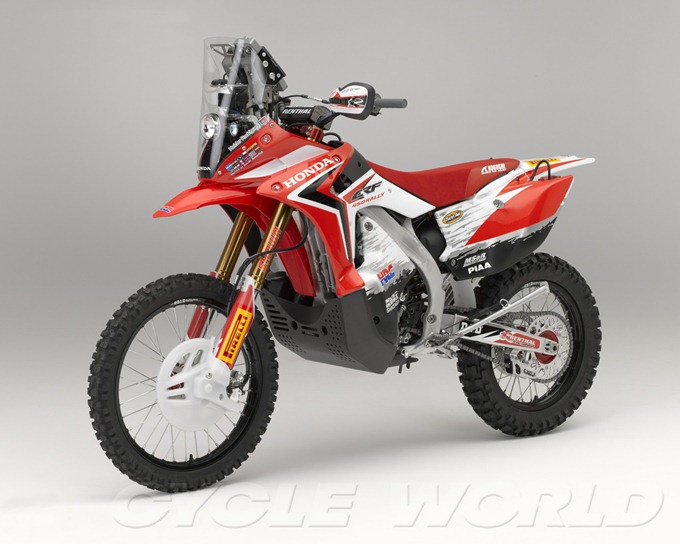 The HRC team has also brought the PGM-FI fuel injection to replace the Keihin flat-slide carburetors. This is because the Dakar track has temperatures which are between 14 to 115 degrees Fahrenheit and the differences in magnitudes are between seal level and 16,000 feet which the carburetors would find impossible to deal with. Hence the Fuel injection. 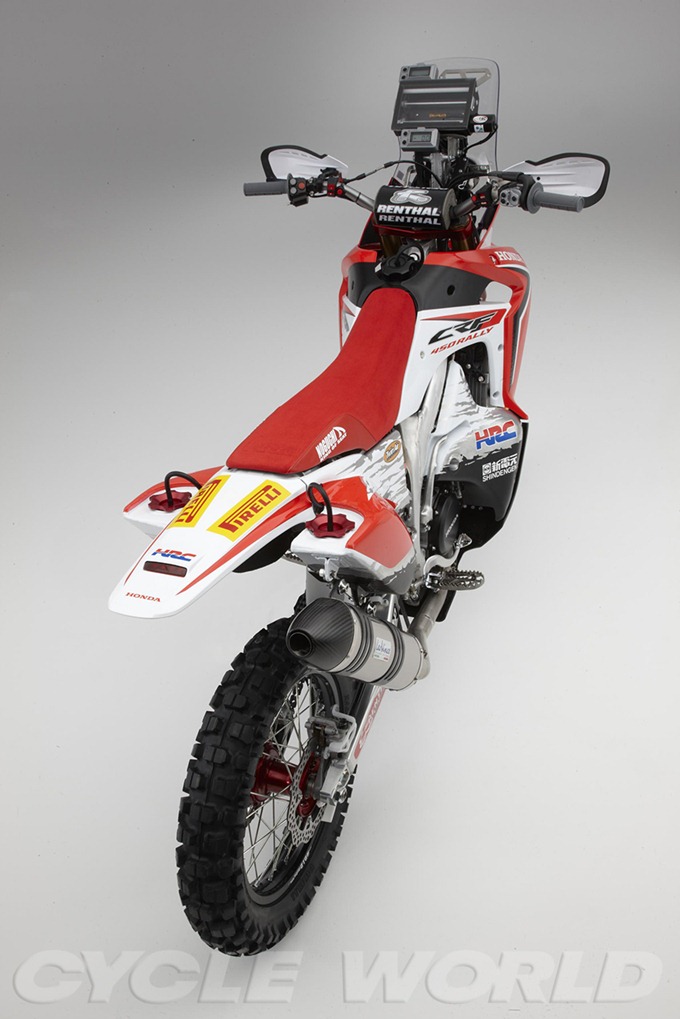 And now about the horses on offer. They could not disclose the real power figures but they say that it has a boost of over 30 percent which makes the power figure north of 58 BHP. The bike was incomplete last year according to the company and despite that managed to give the current leader, KTM a tough competition. Honda has stated that their objective to develop a fitment that will turn a stock 450X into an endurance bike. KTM, are you listening?